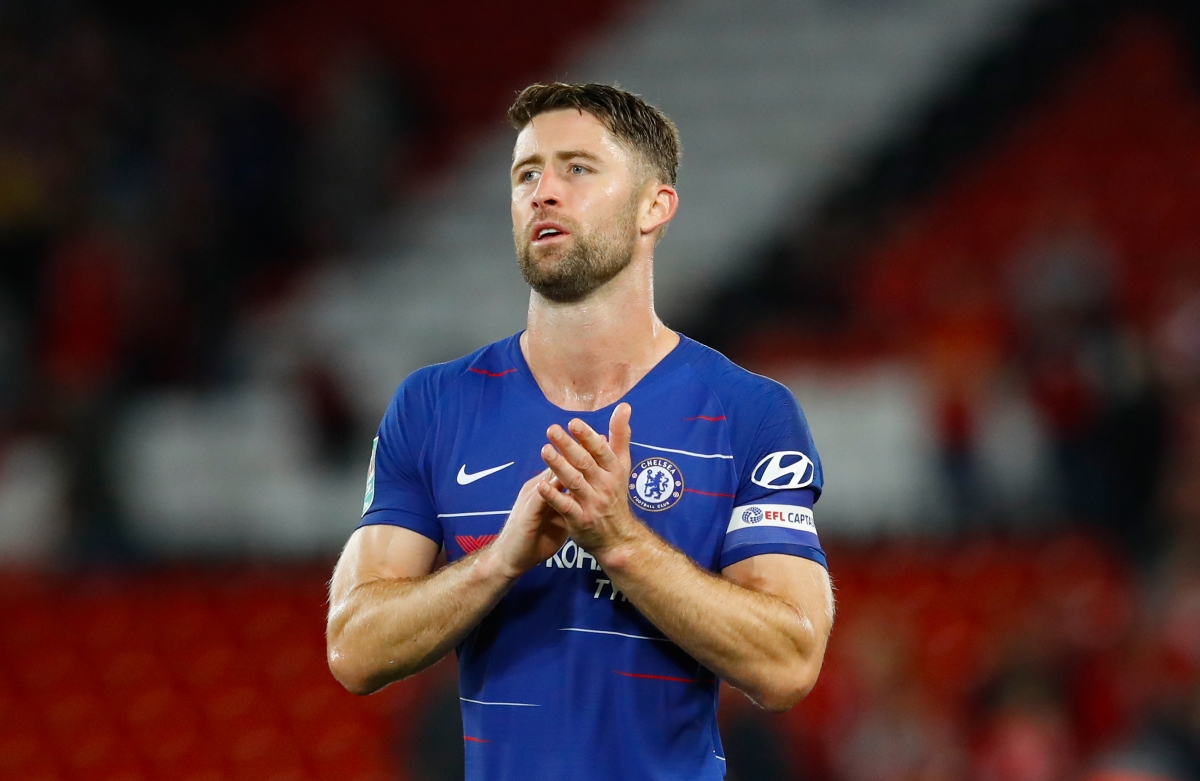 Chelsea's Gary Cahill appluads the fans after the final whistle of the Carabao Cup, Third Round match at Anfield, Liverpool.

The 33-year-old was a free agent after leaving Chelsea this summer.

He could make his Eagles debut in Saturday’s Premier League opener at home to Everton.

Cahill told the club’s official site: “I’m glad to be here. I think it’s a good opportunity for me to continue my career in the Premier League and to play in a good, exciting team.

“There are some very exciting, talented players here. I’m looking forward to the challenge.

“I’m hungry to prolong my career as long as I possibly can.

“I feel like I’m in great shape and whoever I play for, I’d like to think that I give it 110 per cent and leave everything out there, so hopefully that will be good enough for the manager, my team-mates and also the fans.”

Cahill has 61 England caps and played for the Three Lions under Palace boss Roy Hodgson.

He won two Premier League titles with Chelsea as well as the Champions League and the Europa League twice.

Hodgson added: “I’m delighted that Gary has joined us. He’s a fantastic footballer who brings a wealth of international and Premier League experience.

“Having worked alongside Gary during my time as England manager, I know that he is going to be a valuable asset and I’m so happy to be working with him again.”

‘I wish him good luck, though not in first game’ Manchester United man on Chelsea boss & Pogba rumours click here