Sol Campbell was not at the helm for long. 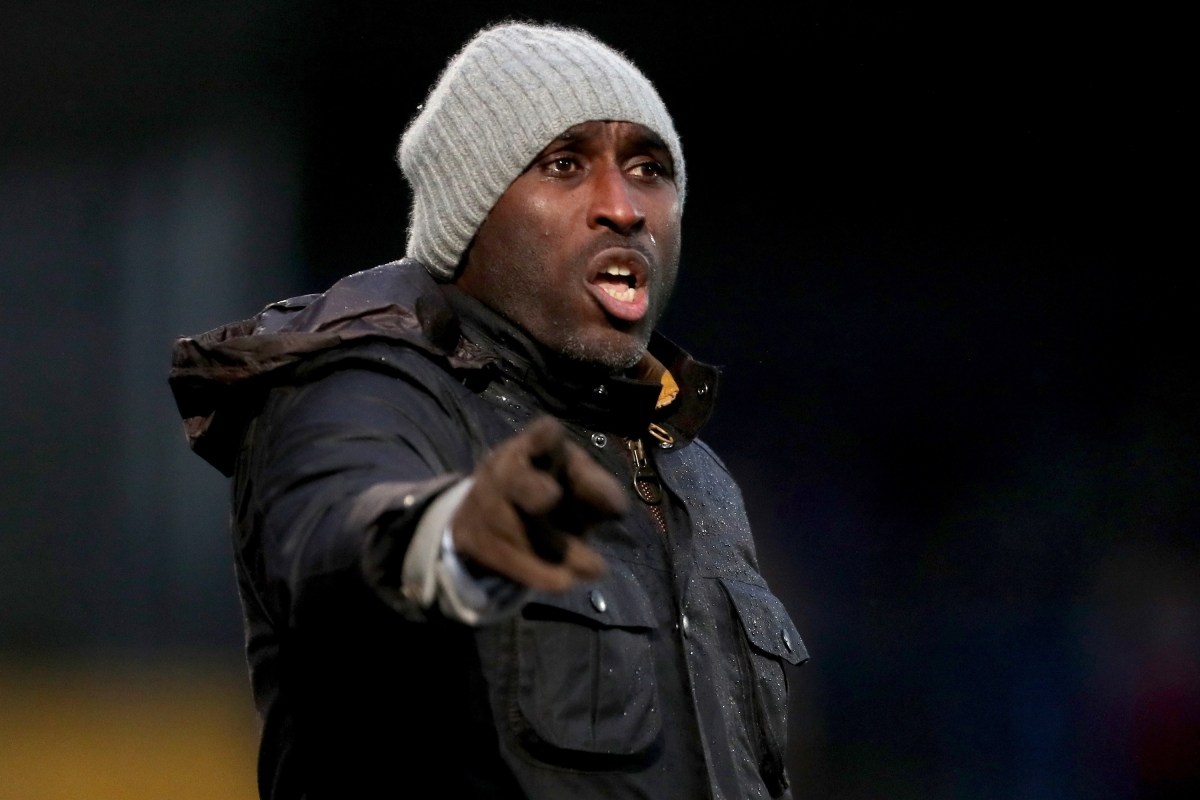 His shock departure from Macclesfield came after he went four months without being paid by the club , reports the Daily Mirror.

Campbell took over at Moss Rose in November last year with the club five points adrift at the foot of Sky Bet League Two and guided the Silkmen to safety on the last day of the season.

The club are currently eighth in the table after following an opening-day loss at Exeter with a 3-0 home win over Leyton Orient, while Campbell’s last game in charge was a Carabao Cup tie at Blackpool on Tuesday which Macclesfield won on penalties.

Macclesfield did not respond to a request to clarify the reasons for Campbell’s departure, but a statement on the club’s website said it had been “conducted in the most amicable of ways and there has been total transparency between the club and Sol regarding the challenges which face lower league clubs such as Macclesfield Town”.

Campbell said on www.mtfc.co.uk: “Macclesfield Town provided me with a great beginning in the managerial side of the game, as well as a fantastic learning curve which I am truly grateful for.

“I would like to thank all the players and staff for their support during my time at the Moss Rose and also all the loyal fans, whose belief at the end of last season ultimately played a tangible role in our success.”

The 44-year-old began his managerial career four years after describing the lack of Black, Asian and Minority Ethnic (BAME) managers in English football as a “sad indictment” of the game.

Campbell’s exit came a day after a winding-up petition lodged against the club by a group of former players was dismissed by the High Court and taken over by Her Majesty’s Revenue and Customs (HMRC).

HMRC has now become the petitioning creditor and the case has been adjourned until September 11, by which time the club claim “the matter will be
resolved”.

Macclesfield released a statement taking “full accountability” for salaries
not being paid in full and for the late payment of wages, but added that at
times “this simply was not possible due to a variety of factors”.

Campbell did not receive his salary for the final months of last season and while he declined to reveal whether that was still the case, he hinted it does earlier this month.

“I’m not going to go into that,” Campbell told the PA news agency .”Of course I want to get paid. I’ve got a contract and that’s the situation.

Macclesfield thanked Campbell for his “passion, drive and football knowledge” and said an announcement on the appointment of a new coach would be made as soon as possible.