Croydon Hall in Somerset is being investigated after claims it is being used for swinger’s events where 20 to 55 year olds slip into body stockings at 10.30pm, venture to 'playrooms' and spill out into the gardens at 3am 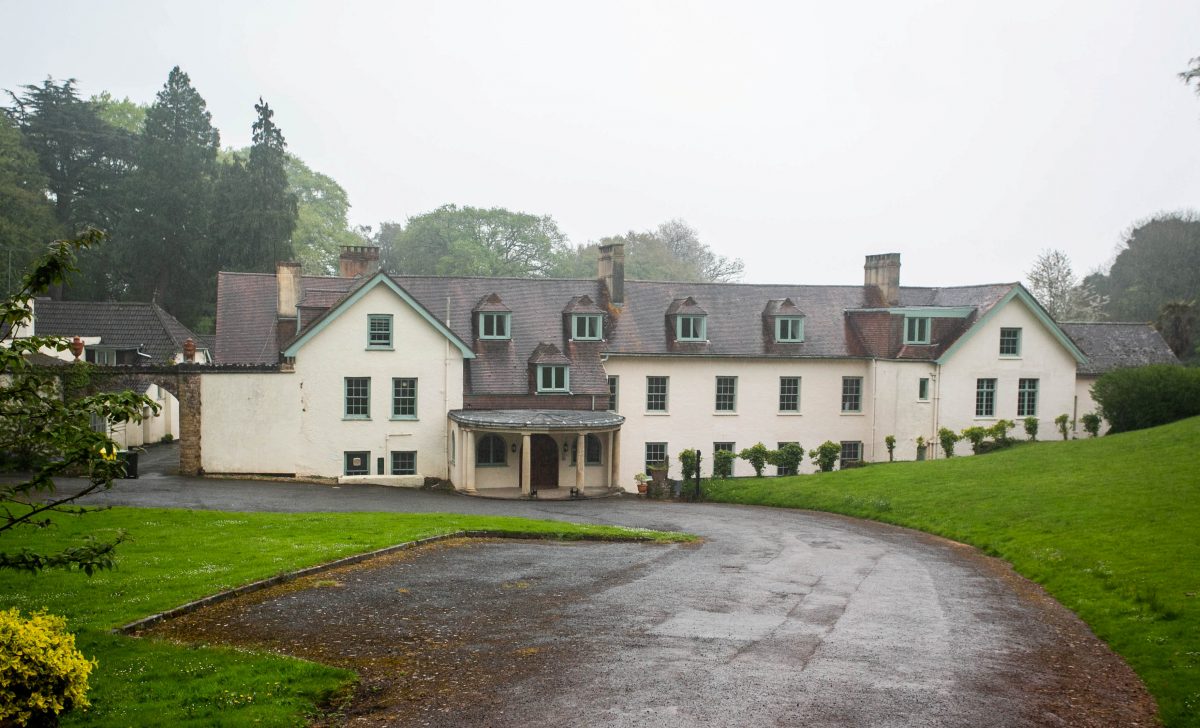 National Park officials are investigating claims a hotel in a tiny village is breaking planning laws – by offering group sex and swinger parties.

Croydon Hall is located in the tiny Devon village of Rodhuish – which has a population of just 293 people. It has been described as an ‘amazing estate’ with ‘wonderful surroundings’ like stepping into a ‘Constable masterpiece’ on Google reviews.

But neighbours have complained of people “spilling out into the gardens and pool” at night and say the noise is ruining the quality of life.

The row came to light after a private club based there applied to extend the alcohol licence until 4am which has further infuriated locals and more than a dozen objected.

The Exmoor site is also being investigated by the national park authority for a possible planning permission breach by offering the sex parties.

Silks operator Allen McCloud applied to extend the time it can serve alcohol, provide music and refreshment from current limit of midnight to 3am – except Sundays.

A report to Somerset West and Taunton Council’s licensing sub-committee says: “The hotel is marketed as hosting group sex/ swingers parties for the ‘Exclusively Silks’ group, which are usually advertised as taking place into the early hours of the morning.”

Mr McCloud originally applied to extend the licence until 4am, but changed this to 3am following discussions with Avon and Somerset Constabulary.

Vivien Irwin said the licence would lead to “drunken drivers, after eight hours of alcohol, driving through country lanes, villages and [along the] A39”.

David and Anne Pitts said: “We know from bitter experience with the previous owner that DJ music, with thumping bass, permeates every corner of our houses, making sleep impossible.

“People inevitably spill out into the gardens, the pool and the car park, with increasingly drunken exchanges – shouting, singing, even fights. To extend that suffering is utterly unacceptable.”

Susan Brierley added: “Up to 80 cars could arrive late in the evening and leave in the early hours of the morning, at a time when neighbours are trying to sleep.

The Exmoor National Park Authority has not commented on the licence application.

But it said the hotel was being investigated by its planning department to see whether the use of the venue for swingers’ events violating its planning permission.

Dean Kinsella, head of planning and sustainable development, confirmed: ” The alleged breach is that the building is being used for a mixed use as a hotel/ private members’ club.

“We are currently in the process of preparing an enforcement notice, as we consider that a change of use of the hotel has occurred.”

Mr McCloud had informed licensing officers that Exclusively Silks rented out part of Croydon Hall for its events.

However, he is listed on Companies House as a director of the private club.

Mr McCloud met locals in January to discuss concerns about the venue.

Five applications for temporary events have been applied for the venue since the start of the year.

The council’s licensing sub-committee will meet to discuss the licensing proposal at West Somerset House in Williton on April 29 from noon.

In January, the Exclusively Silks club said it aimed at providing “fun, passion and pure indulgence” in the Somerset countryside.

It said it would be hosting a £80-a-ticket monthly events, including a ‘Burns Night’ party at the end of January, as well as being available for private visits.

The website boasts the experience is ‘unique’ while taking place in an ‘exceptional’ setting.

Owners stated they wished to keep the standard of the club to the ‘highest’ setting while ‘enriching’ your experience.

Visitors to the exclusivelysilks.co.uk website can find the opportunity to join the ‘Silk Swingers’ club.

The club’s rules explained on the website say ‘anyone can be a swinger’ – as long as you’re over the age of 18, or 21 in this case.

A spokesman said: “Anyone and everyone can be a swinger. Swingers are not defined by social class or religion, nor by age, as long as they are over the legal age of consent.

“Swingers come from every walk of life.

“Most swingers do not discriminate against others on grounds of age, colour, religion or class. However everyone has the right to choose who they do or do not play with, because if there is no attraction there will be no enjoyment.”

The spokesman added: “Beauty is in the eyes of the beholder there is always someone for everyone.

”In a swinging club everyone has one thing in common: they respect each other and know that beauty is not just an external thing.

”Looking attractive is as much about your stature and persona, be clean, smell sexy and you will look sexy and this will make you will feel sexy.

“If you paid attention to your appearance you will certainly not be out of place in Silks.

“Our guests come to each other; so make sure you come out of your comfort zone as much as possible.

”Everyone is trying to do their best to look as good as possible and cared for. That is something we expect from our guests.”

Julian Harcombe said on Facebook: ‘PM me the address and cost please….asking for a friend….yeah, really..’

The club’s priority is guests feeling ‘safe, special and sexy’ and to remember ‘what happens in Silks, stays in Silks’.