And a phobia of ants can be reduced by the same amount with a clip from Antman, they say. 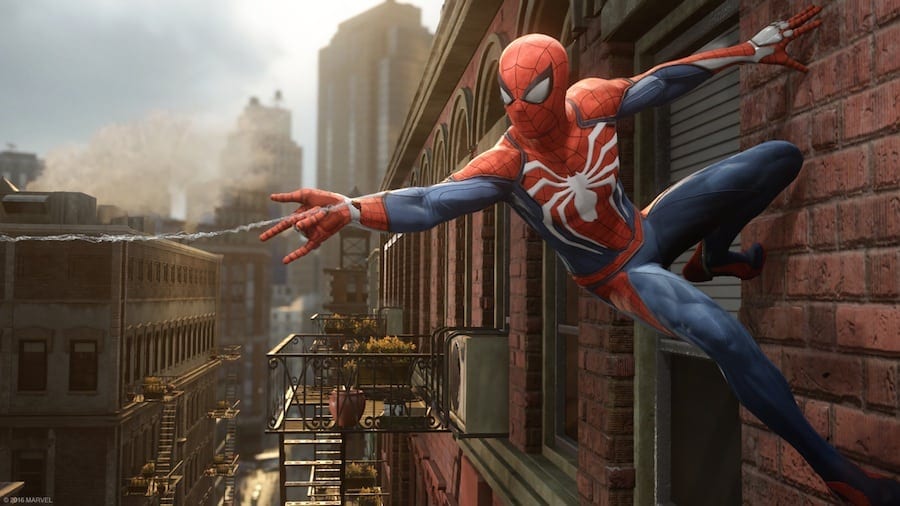 Seeing them on the screen for just seven seconds slashes symptoms of insect phobia and arachnaphobia by a fifth, according to new research.

The phenomenon may lead to the films being used in cognitive behavioural therapy to treat those who suffer from the irrational sense of danger.

Half of women and a fifth of men in Britain are thought to be frightened of spiders, irrespective of whether they are poisonous or not.

It’s believed the condition evolved when our early ancestors lived alongside a host of deadly insects in Africa.

Natural selection is likely to favour those who stay away from potentially lethal creatures.

Clips from Spider-Man were more effective at curing arachnophobia than footage of the real thing. It reduced participants’ fear-of-spiders by 20 percent.

The concept of treating phobias by exposing sufferers to the same stimuli that triggers it has been studied before but never using fantasy or comic book figures.

In the study 424 participants with relevant phobias were split into two groups, with one shown a video with scenes from Spider-Man and Ant-Man movies.

The other only saw the Marvel opening credits along with nature footage of actual ants and spiders.

Professor Menachem Ben-Ezra, who led the study, said: “Reduction in phobic symptoms was significant in the Spider-Man and Ant-Man group in comparison to the control group.

“Seven second exposure to insect-specific stimuli within a positive context reduces the level of phobic symptoms.

“Incorporating exposure to short scenes from the Marvel Cinematic Universe within a therapeutic protocol for such phobias may be robustly efficacious and enhance cooperation and motivation by rendering the therapy as less stigmatic.”

It opens the door to superhero movies being used to boost mental health provide by using escapism and good moral tales to confront ones fears, said the team.

They explained: “Exposure therapy for specific phobias, for example ants and spiders, utilises neutral exposure to a phobic stimulus to counteract an irrational fear.

“As one is increasingly exposed to the phobic stimuli one ceases to fear it.

“To date, the effect of positive exposure, albeit fantasy, for example in the form of Marvel movies, has not been attempted in cognitive behavioural therapies.

“This impressive cost-benefit efficacy was similarly obtained for ant phobia (myrmecophobia) when viewing a seven-second excerpt from Ant-Man.

“However, when participants were queried either about general insect phobia both pre- and post-viewing a seven second Marvel opening scene – common to all Marvel movies – or a seven second natural scene – there were no significant symptom reductions for insect phobia.

“This suggests it was neither the calm natural scene, nor the fun/fantasy associated with viewing a Marvel superhero movie, that was solely driving effects, but rather the specific exposure to ants and spiders in the context of a Marvel movie.”

Prof Ben-Ezra says the results suggest a fun film may be a very powerful tool against phobias.

Such an intervention may also “destigmatise therapy” and encourage completion of the course – watching a Spiderman film at home.

Ways of maximising these effects, along with the challenge of applying such interventions with other phobias – are already being considered by the researchers.

Prof Ben-Ezra and co-author Dr Yaakov Hoffman, both avid Marvel superhero fans, point out the movies may have many beneficial psychological attributes.

They not only help people feel better about themselves but provide an antidote to hectic and stressful lives by showing us the true underlying spirit of confronting one’s fears.

They are now planning to use the superhero genre to explore the effects on patients suffering from post-traumatic stress disorder (PTSD).

Spider-Man and Ant-Man were both created for the Marvel comics in the 1960s.

The finding published in Frontiers in Psychology coincides with the release of the Marvel film Avenger: Endgame – featuring Spider-Man and Ant-Man – in the UK.

Both characters also star in their own movies. In 2018 Spider-Man: Into the Spider-Verse was released and Spider-Man: Far From Home is scheduled for this summer.

By Jim Leffman and Mark Waghorn