Privately-educated Ms Allsopp, whose father is a baron, was described as showing "contempt" for people. 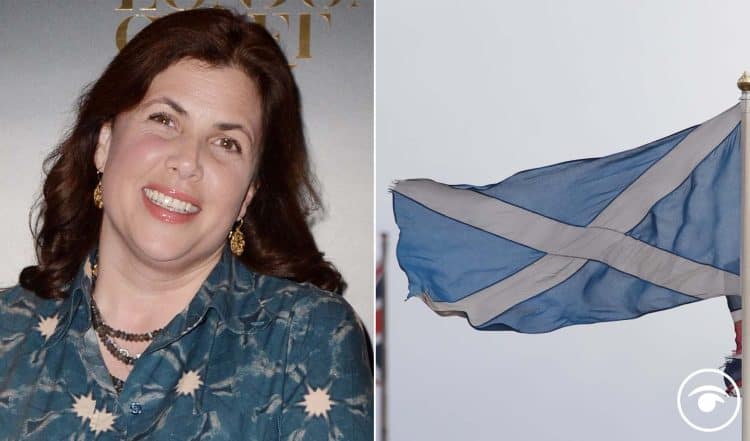 Claims made by TV host Kirstie Allsopp that young people should ‘move to Scotland’ to buy a first home were rubbished by a tenants’ organisation – which said many people spend half their wages on rent.

Aristocrat Ms Allsopp, 50, bought her own home aged 21 with help from her parents, but slammed young people for spending cash on Netflix – saying they should move north ​to escape rocketing house prices in the south of England.

Privately-educated Ms Allsopp, whose father is a baron, was described as showing “contempt” for people and having no respect for the concept of wanting to live in a community.

Meg Bishop, the secretary of tenants’ rights union Living Rent, described Allsopp’s comments as “ludicrous and destructive” – saying the Central Belt had seen massive inflation in rents, and that many people were unable to pay their landlord and put cash aside for a deposit.

She said tenants live where there are jobs and the growth of second homes and short-term lets had contributed to rising rent levels.

Ms Bishop said: “To tell tenants to move elsewhere in order to be able to afford a home is a ludicrous and destructive opinion that shows no understanding of renting in Scotland or the realities of tenants’ lives.

“As tenants, we live where we can access jobs, as tenants we live in our communities and we belong to local neighbourhoods.

“To tell us to move shows contempt for our needs, sense of belonging or contributions to local areas.

“It also widely misses the point.

“Tenants are unable to consider buying houses when rents across Scotland have exploded in many areas.

“In the Central Belt, tenants have seen an increase way above inflation of approximately 40 per cent in the last ten years, and in some areas 10 per cent just in the last year.”

The campaigner said with 250,000 people in the private rental sector living in poverty, high rents showed the issue with “houses as assets rather than housing as a right”, adding tenants were often in a “dire financial state”.

Ms Bishop said: “In a time when high inflation and fuel costs are already pushing the cost of living beyond the reach of many people in our society, ridiculous suggestions such as these demonstrate the disconnection that some people have with the lived experience of many and the need for government intervention in the form of rent controls.”

Miles Briggs, the Scottish Conservative MSP for Edinburgh, said it was time for the Scottish Government to act to ensure home ownership could be affordable.

He criticised the scrapping of the help-to-buy scheme and called for a reduction in land and building tax.

Mr Briggs added: “SNP ministers have not done enough to allow people in the capital the best chance at buying their own home.

“House prices are continually going up, making saving enough for a deposit harder.

“There is very high demand for homes in Edinburgh, so having enough affordable homes will be important for keeping house prices more reasonable.”

Edinburgh is Scotland’s most expensive city for both tenants and first-time buyers, but the city’s housing convener defended the council’s record.

SNP councillor Kate Campbell said it was Tory austerity and the rising cost of living that was the root of the issue, claiming strong progress on housing in the capital with a target of delivering 20,000 affordable homes in ten years.

She said: “All of our housing policies are a direct response to the huge cost of housing in Edinburgh. We’ve successfully made the case for legislation to tackle short-term lets, which take homes directly out of housing supply, driving up prices for buyers and renters alike.”

“But the real problem here is that far too many people are suffering under Tory austerity policies.

“Whether it’s the £20 a week cut to Universal Credit, the lack of action on tackling the cost of energy, the regressive hike to national insurance contributions which sees the richest taxpayers contribute the least proportionally, or the complete absence of any policies to deal with the cost-of-living crisis which they have created.

“While they’re handing out lucrative contracts to Tory donors, the use of food banks is sky rocketing.

“Instead of carping from the side-lines I think most people in Scotland would rather see Tory MSPs lobbying their own ministers to put in place policies to protect people from the soaring cost of living.”