"Essentially I think at a time like this when vulnerable families are struggling to make ends meat, to feed their children and heat their homes she chose really poor timing on this.Does she really think people aren’t trying?" 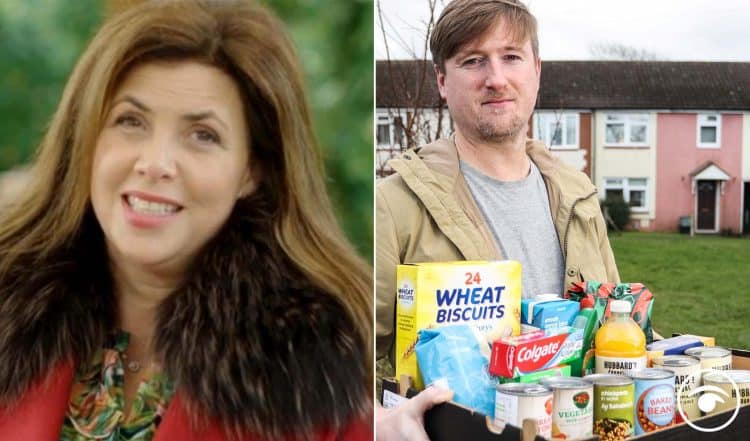 A family forced to use foodbanks despite working full time have slammed Kirstie Allsopp’s comments on house buying.

Stepdad-of-three Harry Lay, 36, said the TV presenter’s remarks that everyone can buy a home are ‘unsympathetic”

She said youngsters would be able to afford their own place if they stopped spending money on Netflix, gyms and coffee.

Along with his wife Kittie, 36, a part-time hairdresser, they face having to choose between food and heating.

Harry, from Cricklade, Wiltshire, said today Allsopp ”’doesn’t realize how lucky she is”.

He said: ”Essentially I think at a time like this when vulnerable families are struggling to make ends meat, to feed their children and heat their homes she chose really poor timing on this.

”We have families that are living in terrible conditions, having to make sacrifices like heat or eat, elderly people that can’t afford to put the heating on that have worked all their lives.

”I find her comments unsympathetic and for those that already feel guilty that they can’t provide for families this really is the icing on the cake.

”I don’t think she realises how lucky she is.”

Harry is former soldier with the Royal Household Cavalry.