"Nearly snorted my tea out of my nose," wrote one very amused viewer. 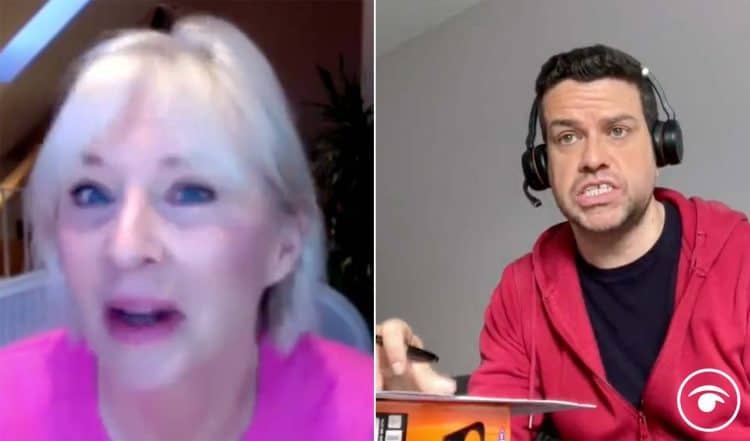 Culture secretary Nadine Dorries had an awkward exchange during a morning media round, appearing reluctant to speak about her most recent contact with Boris Johnson.

The Cabinet minister challenged BBC Breakfast presenter Charlie Stayt as to why he was asking her if she had spoken to the prime minister in the past 24 hours.

During the exchange, Stayt said he was “really confused”, asking Ms Dorries if his question was a “difficult” one.

Appearing perplexed, Stayt went on to say: “I’m really confused. Is that a difficult question? I’m just asking if you’ve spoken to the Prime Minister, in the last 24 hours.”

Dorries repeated: “We have communicated.”

Stayt went on to ask what Mr Johnson had communicated to her, but Ms Dorries declined to go into detail.

In response to the interview, Dorries has had The Room Next Door treatment from comedian Michael Spicer. Spicer’s parody video has also gone viral with over 1,800,000 views.

In the video, Micheal Spicer pretends to guide Dorries through the embarrassing interview from the room next door.

“Why are you talking like you’re in court?” Spicer asked Dorries in response to her vague answers.

When Dorries refused to give anything away, with her non-answer, Spicer fumed: “No, God forbid you’d answer a question on a news programme like a responsible adult rather than, say, a petulant humourless creep with all the personality of a bag of toenails.”