I've "never seen chaos like it", the shadow home secretary said. "It would be front page if the chancellor wasn't worse". 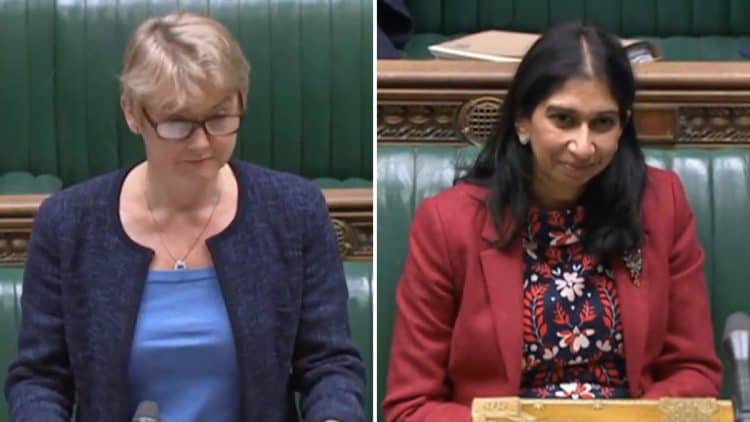 Elsewhere, ministers are scrambling to save a trade deal with India after Suella Braverman’s comments put the government’s flagship deal on the brink of collapse.

Braverman expressed “reservations” about the prospects of an agreement in an interview last week with The Spectator.

“Look at migration in this country – the largest group of people who overstay are Indian migrants,” she told the magazine.

“We even reached an agreement with the Indian government last year to encourage and facilitate better co-operation in this regard. It has not necessarily worked very well.”

Her comments were reported to have provoked a furious reaction from ministers and officials in New Delhi.

It was a point, among several others, that shadow home secretary Yvette Cooper expertly put to Braverman in the House of Commons this week.

Watch her masterclass in full below:

Related: Ministers say there is no rush to sign a free trade deal with India