The chancellor says he is ‘totally focused’ on delivering the tax-cutting package. 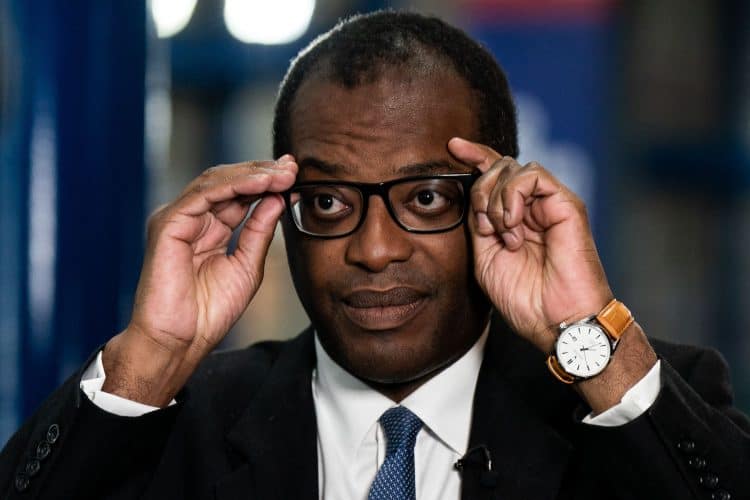 Kwasi Kwarteng insisted “our position has not changed” as he faced pressure to abandon more elements of the mini-budget which has caused market turmoil.

The Chancellor said he was “totally focused” on delivering the tax-cutting plans, which are aimed at increasing UK economic growth.

Both Mr Kwarteng and Downing Street insisted there were no plans for further changes to the package but the financial markets appear to be expecting moves to ditch some of the tax cuts in order to demonstrate a commitment to balancing the books.

Reports suggested talks are under way between No 10 and the Treasury on abandoning other elements of the £43 billion tax-cutting plan, including the commitment to axe a planned increase in corporation tax.

Downing Street said “work is ongoing between the Chancellor and the Prime Minister, as you’d expect, ahead of the medium-term fiscal plan” but a spokeswoman refused to be drawn on the nature of the discussions or the possible scrapping of the corporation tax commitment.

Mr Kwarteng, in Washington for the International Monetary Fund’s annual meeting, was repeatedly asked about the prospect of a U-turn and did not explicitly rule it out.

He insisted “our position hasn’t changed”, adding: “I will come up with the medium-term fiscal plan on October 31, as I said earlier in the week, and there will be more detail then.”

Asked if a corporation tax U-turn was on the cards, he said: “What I’m totally focused on is delivering on the mini-budget.”

“I am not going anywhere”

With talks on ditching his plans rumoured to be taking place in London while he was on the other side of the Atlantic, Mr Kwarteng insisted his position was safe.

Asked if both he and Prime Minister Liz Truss would still be in office in a month, Mr Kwarteng said: “Absolutely 100%. I am not going anywhere.”

He told broadcasters: “I speak to No 10, I speak to the Prime Minister all the time. We are totally focused on delivering the growth plan.”

Mr Kwarteng acknowledged the UK suffered some “turbulence” following his mini-budget but said the economy was facing the same problems as other countries around the world.

“What I am going to acknowledge is the fact that it is a very dicey situation globally,” he said.

But the managing director of the International Monetary Fund (IMF) hinted that Mr Kwarteng might need to change course.

Speaking at a press conference in Washington, Kristalina Georgieva said: “Our message to everybody, not just the UK, is that at this time, fiscal policy should not undermine monetary policy.”

She added that “it is correct to be led by the evidence, so if the evidence is that there has to be a recalibration, it’s right for governments to do so”.

Former chancellor George Osborne suggested Mr Kwarteng should not delay until his October 31 statement before making the “inevitable” U-turn on his plans.

“Given the pain being caused to the real economy by the financial turbulence, it’s not clear why it is in anyone’s interests to wait 18 more days,” he said.

The scale of the backlash to the mini-budget has led to speculation that the Prime Minister’s own position could be in jeopardy.

She endured a rough ride at a meeting of the 1922 Committee of Tory backbenchers and the editor of the influential ConservativeHome website, Paul Goodman, suggested there has been rumours about replacing Ms Truss with a joint ticket involving her former leadership rivals Rishi Sunak and Penny Mordaunt.

The Government’s plans revolve around securing an increase in economic growth – with a target of an annual rise of around 2.5 per cent in gross domestic product (GDP).

The forecasts presented by the Office for Budget Responsibility (OBR) alongside the Chancellor’s October 31 statement will give an assessment on whether that is viewed as a realistic ambition.

But Business Secretary Jacob Rees-Mogg has suggested the Government could ignore OBR forecasts accompanying the strategy if they predict low growth and rising debt.

Downing Street, however, said Ms Truss has confidence in the data produced by the OBR, which remains the Government’s official forecaster.

“The Prime Minister has said on a number of occasions that she values their scrutiny and respects their independence. They are a highly regarded body worldwide,” the Prime Minister’s official spokesman said.

In response to speculation about a possible U-turn on corporation tax, the Liberal Democrats called for Mr Kwarteng to resign.

For Labour, shadow chancellor Rachel Reeves said: “Today’s mess shows the utter chaos this Government is in. This is a crisis made in Downing Street and working people are paying the price.”