The subject of a number of investigations, the outgoing president is said to be exploring a 'self-pardon'. 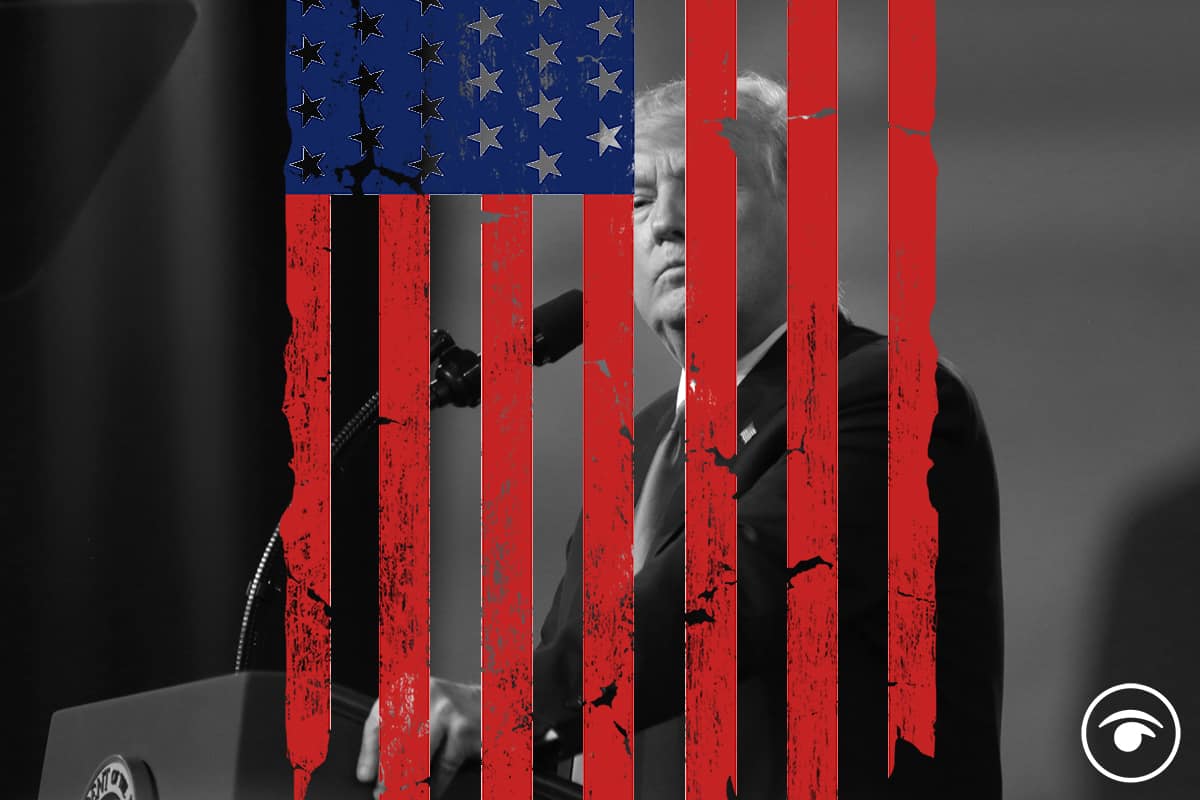 Although he remains outwardly defiant that he will overturn the results of last month’s elections and prevent Joe Biden replacing him in the White House, the indications are that Donald Trump is preparing for life after the presidency.

While most expect Trump’s next act in politics to be as a Republican kingmaker, or possibly as a candidate again in 2024, some have suggested that he could be swapping the Oval Office for much less glamorous surroundings: a prison cell.

More than a dozen investigations and civil suits involving Trump are currently ongoing. He is under a mountain of debt – according to a recent report, he must meet payment deadlines for more than 300 million dollars in loans that he has personally guaranteed, much of it owed to foreign creditors like Deutsche Bank.

Trump’s vast property empire may not be enough to fall back on either. Analysis by the Washington Post suggests that Trump’s many hotels and resorts have been devastated by the pandemic and the fallout from his polarising spell in politics.

As Timothy Snyder, a history professor at Yale, told the New Yorker: “It’s the office of the Presidency that’s keeping him from prison and the poorhouse.”

Trump himself is reportedly concerned about the possibility that investigations and debtors will close in on him when he leaves Washington next month, to the extent that he has reportedly discussed “pre-emptively” pardoning his three eldest children – and potentially himself, too.

He would not be the first president to wield the power of the pardon. Gerald Ford, famously, pardoned his predecessor Richard Nixon in 1974, after the eruption of the Watergate scandal. But legal analysts believe that Trump’s ability to protect himself and his family is ultimately quite limited.

Pardons only apply to federal crimes and do not extent to state laws. Among the most prominent investigations into the Trump’s conduct is being pursued by the Southern District of New York, leaving the president vulnerable.

The government claimed that Cohen did not act alone – and that he was assisted as an unindicted co-conspirator known as “Individual-1” who ran “an ultimately successful campaign for President of the United States”.

As for the possibility of a self-pardon, lawyers are divided. Trump claimed in 2018 – at the height of the special counsel’s Russia investigation – that he had “the absolute right to PARDON myself”, citing “numerous legal scholars”.

Will Biden do a Ford?

But, a former US Court of Appeals judge wrote this week, “those scholars are wrong. The president has no right under the Constitution to pardon himself,” J. Michael Luttig said.

Laurence Tribe, a Harvard constitutional law professor, told the Guardian that the very idea of a self-pardon “flies in the face of the universally agreed proposition that the pardon power can’t be used as a license to commit future crimes”.

He added: “The basic problem is that, if a president were able to pardon himself, he could commit crimes with impunity throughout his presidency. He could ransack the treasury, bribe the chief justice to overrule Roe v Wade, and shoot someone on Fifth Avenue knowing he could never be punished.”

As for the possibility of Biden ‘doing a Ford’ and pardoning Trump, it’s incredibly unlikely given the enmity between the two men. They are yet to exchange so much as a phone call since the election, with Trump reportedly planning to boycott his successor’s inauguration – and hold a rival rally at the same time.

Regardless, Trump’s is set to be a post-presidency like no other. Time will tell if he’ll be swapping his suit and red MAGA cap for an orange jumpsuit.

Related: Why fishing does, and doesn’t, matter for post-Brexit Britain