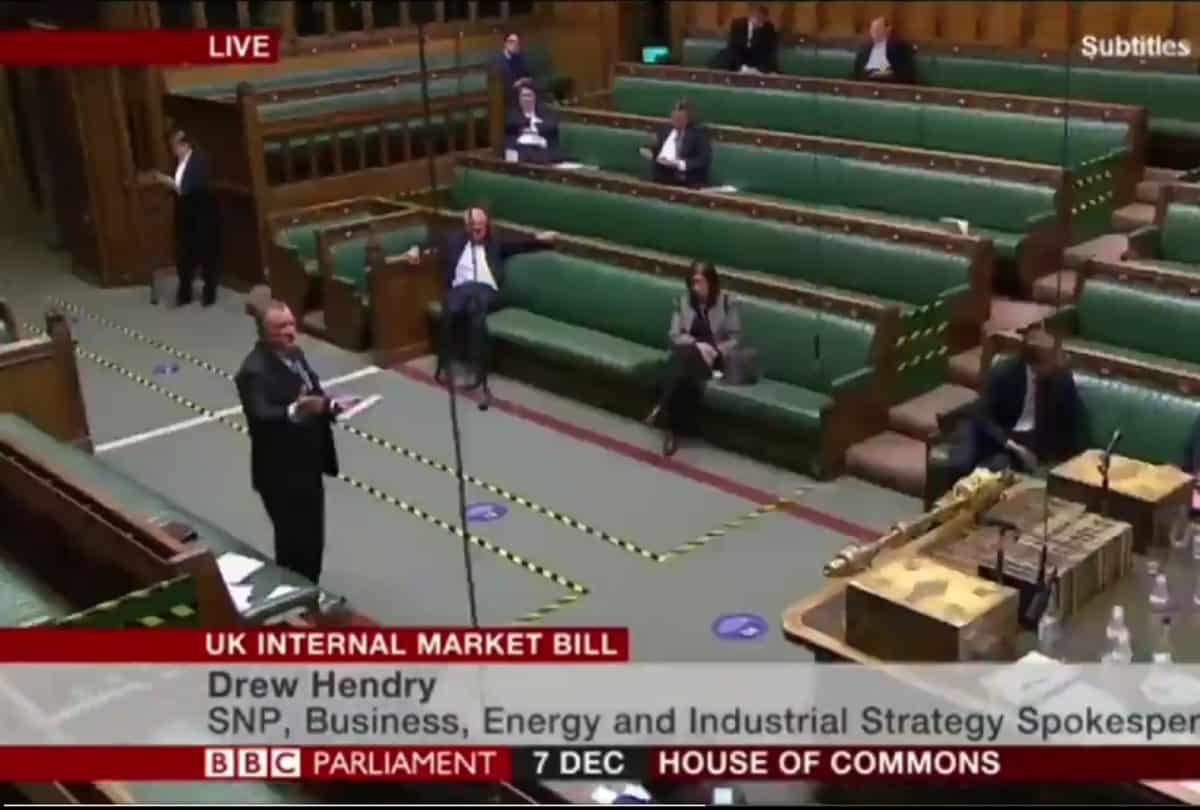 Drew Hendry had the House in stitches yesterday after he lampooned the Conservative Party’s “casual relationship with the truth”.

Joining a debate on the Internal Market Bill, which he described as a “disastrous, petty, grubby, law-breaking, power-grabbing Tory Bill”, the SNP MP took aim at the ruling party for taking back powers from the Scottish Parliament.

He said: “This Bill confirms the contempt that the Prime Minister and his Government have for devolution. People in Scotland see this clearly.

“As I have said, 15 polls in a row are showing that independence is the only way to save our Parliament’s powers and the voice of the Scottish people, and as the Defence Secretary confirmed earlier, we can have that discussion in the referendum that is coming.”

Responding to Andrew Bowie, the Conservative MP for West Aberdeenshire and Kincardine, who deemed his statements untrue, he said:

“The hon. Member says “Rubbish”, but he knows that is not the case. We understand that the Tories have a very casual relationship with the truth, but we expect them to at least have a one-night stand with it.”

Drew Hendry(SNP) – "We understand that the Tories have a very casual relationship with the truth, but we expect them at least to have a one night stand with it" pic.twitter.com/HHFs9YH5jx

Related: Boris Johnson pins his hopes on the “power of sweet reason” as he attempts to salvage a deal