With Brexit day looming on January 31, a power battle has commenced between Boris Johnson’s government and the House of Lords over rights and powers eroded in his EU Withdrawal Agreement 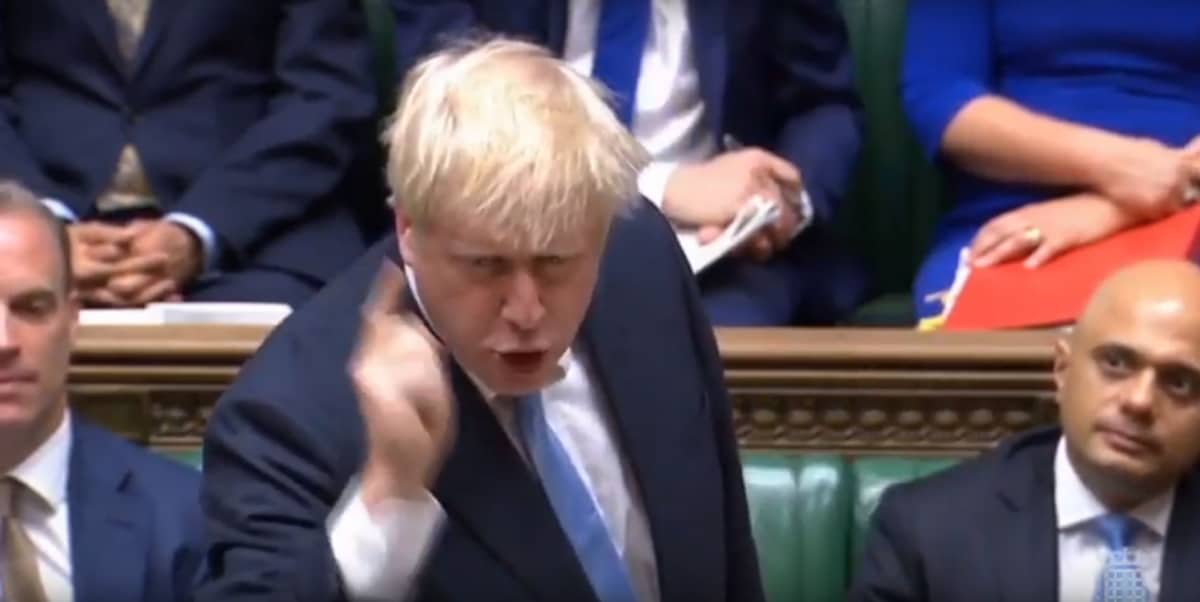 MPs will consider amendments to the Prime Minister’s Brexit deal after the Government was defeated five times by defiant peers.

The House of Lords backed two more amendments to the European Union (Withdrawal Agreement) Bill – or WAB – in a mauling for ministers on Tuesday.

It followed three defeats on Monday on the rights of EU workers legally residing in the UK to have physical proof of their right to remain and the power of UK courts to decide where to depart from European Court of Justice rulings rather than unscrutinised secondary legislation by ministers.

In the latest reverses, the Government was heavily defeated as peers backed a move to ensure the rights of unaccompanied child refugees to be reunited with their families in the UK post-Brexit.

Later, the Government suffered a fifth as peers narrowly backed a move underlining the commitment to the so-called Sewel Convention, which states that the UK Parliament “will not normally” legislate for devolved matters without the consent of the devolved legislature affected.

Voting on this Opposition-led amendment was 239 to 235, majority four.

It is the first test of the new balance of power, especially with some of Boris Johnson’s authoritarian plans set out on the Queen’s Speech and the redrafting of decades of legislation and human rights that will occur when the UK leaves the EU.

The House of Lords’ amendments are small but not insignificant amendments to the Withdrawal Bill that will not stop Brexit it any way but will make a lot of difference to people’s rights.

The first amendment that the Lords defeated the government on by 270 votes to 229 on Monday was proposed by Liberal Democrat peer Jonny Oates.

The amendment responded to concerns from over three million EU citizens in the UK that they will face discrimination, for example from employers and landlords with no prrof of their right to stay, and at worst the threat of deportation.

The Lords voted to give EU citizens in the UK the automatic right to stay, rather than having to apply to the Home Office, and a document to show proving their rights – whether to a potential landlord or to receive medical care.

But Home Office minister Brandon Lewis issued a statement rejecting the Lords suggestion, tweeting: “I disagree with the results of today’s @UKHouseofLords vote. The EU settlement scheme grants #EUcitizens with a secure, digital status which can’t be lost, stolen or tampered with. There will be no change to our digital approach.”

The government’s second defeat could affect all our human rights. It was over whether UK courts can decide when to differ from European court of justice judgments and the third was related, calling for cases to be referred to the supreme court to decide whether to depart from EU case law.

Boris Johnson wants ministers to be able to change such laws by secondary legislation free from any checks or scrutiny.

However, after Boris Johnson’s won his large majority in the General Election, he altered this pledge, instead only requiring the government to make statements to Parliament on the subject after Brexit. Charities have warned that this will endanger vulnerable lone refugee children and result in many attempting the risky journey illegally rather than through official means.Lord Dubs – himself a child refugee to the UK to escape the Nazis – moved the amendment, passed by 300 votes to 220, marking a fourth loss for Boris Johnson.

Soon after, a fifth House of Lords defeat for the government by 239 votes to 235 – amended the Bill to respect the Sewel Convention, under which Parliament should not legislate on devolved issues without the consent of the devolved institutions.

No 10 said they were “disappointed” by the votes, but planned to overturn them when the bill returned to the Commons.

Is Boris Johnson likely to compromise?

With an 80-strong majority and MPs who were forced to sign pledges to obey the Government to stand as candidates it is unlikely Boris Johnson will be in a compromising mood after a humiliating defeat in the House of Lords and a baying right wing press. 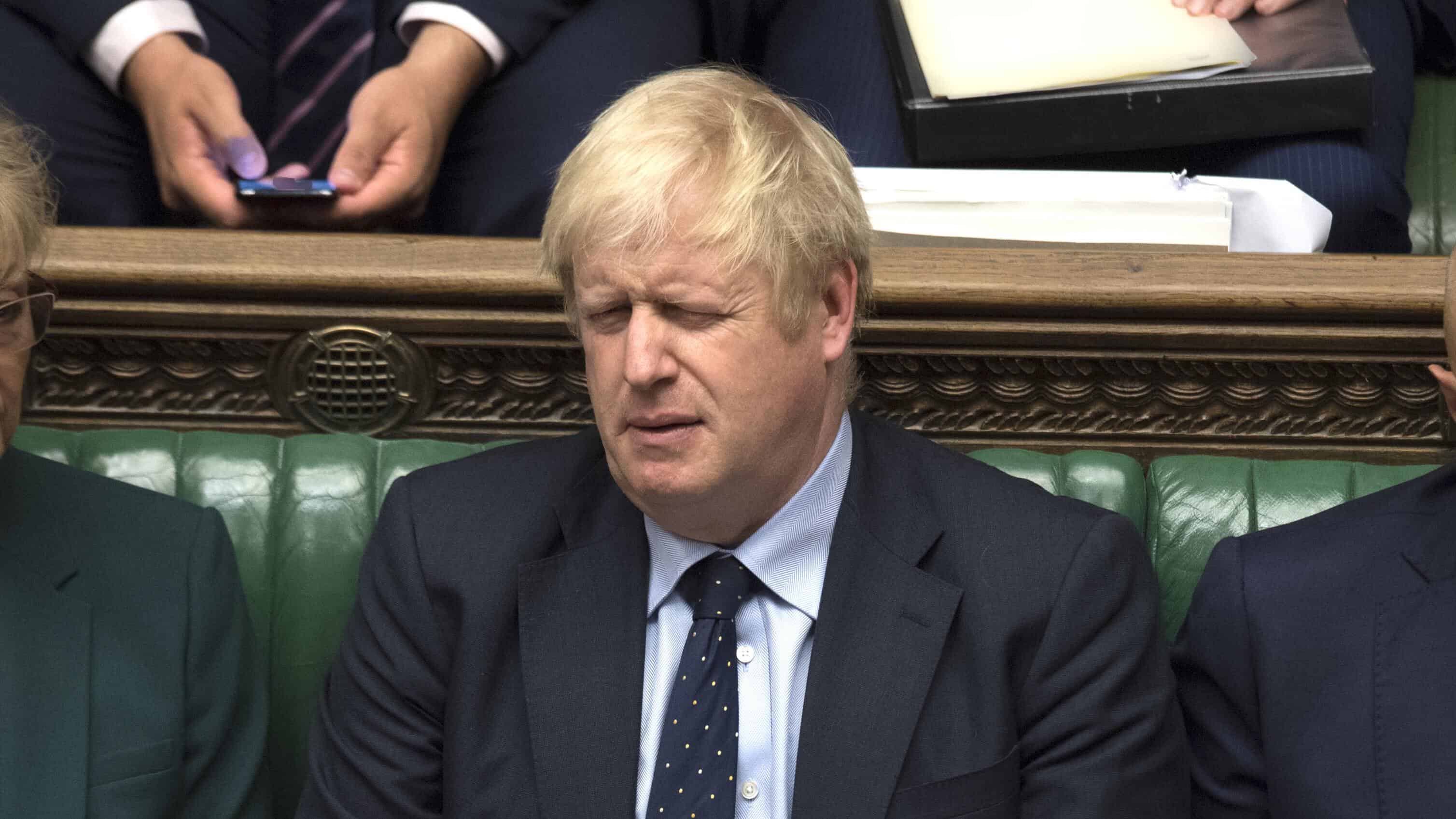 With Brexit day looming on January 31, the Bill, which was passed with large majorities by MPs earlier this month, will have to return to the Commons for further scrutiny on Wednesday.

Only up to an hour has been allocated for the debate, according to the Order Paper.

It will then be up to peers to decide whether to prolong the bout of parliamentary ping-pong or bow to the will of the elected House, which seems the most likely.

Labour, Liberal Democrat and independent crossbench peers ignored repeated ministerial warnings not to amend the Bill, insisting their objection was not to stop Brexit but to ensure the legislation was better drafted.

Labour peer Lady Hayter accused the government of “turning a deaf ear to improvements” made by the House of Lords amendments.

While Liberal Democrat peer Lady Ledford went further, adding: “We continue to think Brexit is a mistake and that the UK will sooner or later rejoin the EU. I just wish the government was in listening mode”.

Tory peer Lord Hamilton fumed against a “conspiracy… of Remainers” who he accused of “trying to ensure we stay in the EU”.

He even insisted his fellow peers wanted to “make negotiations [with the EU] as difficult as possible for the government so they get a very bad deal, and they can then be justified in their view we should never have left”.

Even his Conservative colleague Lord Cormack told him to wind his neck in, calling it “the most ill-judged speech I have heard for many long years”.

He explained: “The will of the people must, of course, prevail. But to pretend this House has behaved improperly is wrong.”