The US on Tuesday reported its first case, saying a Washington state resident who returned last week from the outbreak’s epicentre was taken to hospital near Seattle. 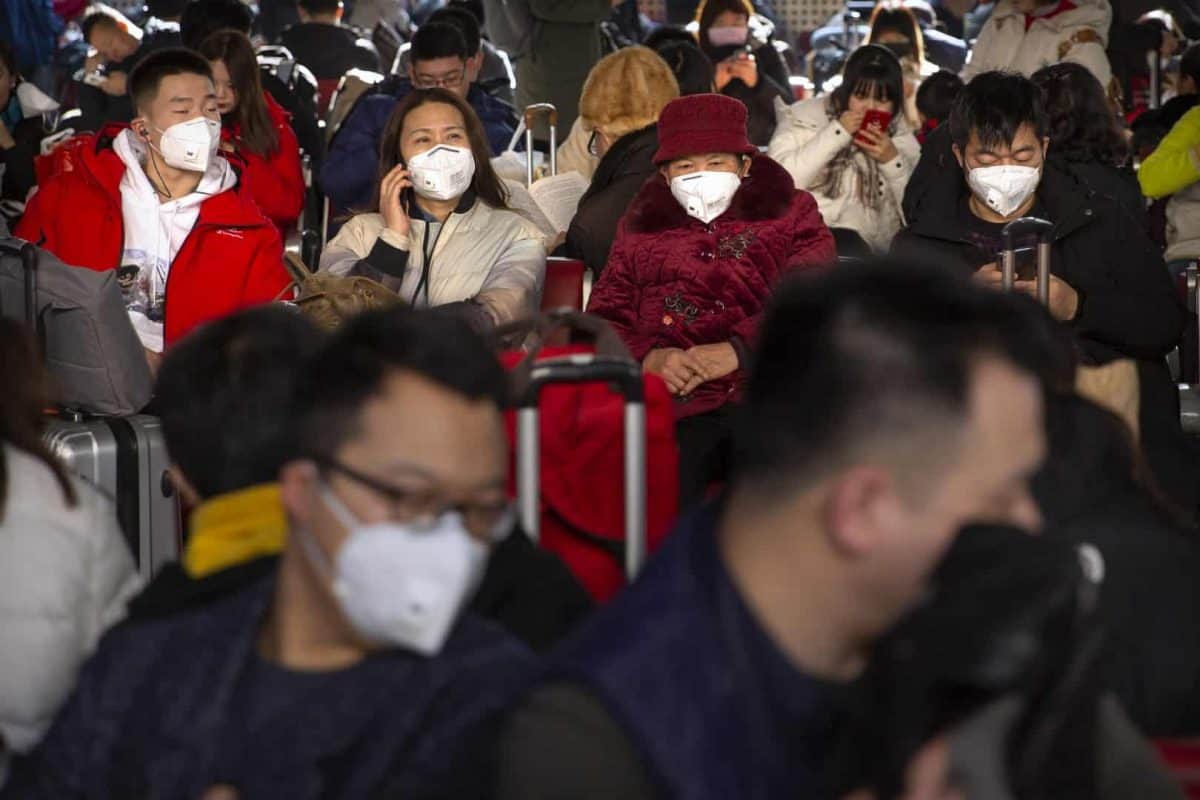 Nine people have died and hundreds of others have been infected, with cases detected in countries including the US, Japan, Thailand and South Korea.

Update: Travellers from coronavirus-hit parts of China to be screened on arrival in UK as death toll hits nine

Face masks sold out and officials at airports and train stations checked passengers for fevers as China sought to control the outbreak of a new virus. Anxiety grew both at home and abroad after Chinese government expert Zhong Nanshan confirmed fears on state television late on Monday that the new type of coronavirus can spread from human to human.

The US on Tuesday reported its first case, saying a Washington state resident who returned last week from the outbreak’s epicentre was taken to hospital near Seattle.

The stock prices of some companies that sell masks rose on Tuesday, but markets fell in much of Asia as investors worried about the potential impact on tourism and the economy.

Concerned about a global outbreak similar to Sars, another coronavirus that spread from China to more than a dozen countries in 2002-2003, numerous nations have adopted screening measures for travellers from China, especially those arriving from Wuhan, the central city where the virus appears to have originated.

Guards at Wuhan’s airport pointed electronic thermometers at travellers. Users of the popular Weibo social media platform urged others to wash their hands and stay home.

Outside the Wuhan Medical Treatment Centre, where many of the coronavirus patients are receiving care, several workers were dressed in full-body biohazard suits, supplemented by goggles, masks and plastic wrapped around their shoes.

While many wore masks in Wuhan, streets were far from deserted and people appeared to be carrying on with their regular activities.

Initial symptoms of the new coronavirus include fever, cough, tightness of the chest and shortness of breath.

The first cases late last month were connected to a seafood market, and transmission was thought to be occurring from animals to humans. Authorities previously had not confirmed human-to-human transmission.

In addition to 258 cases in Wuhan, more than 20 have been diagnosed in Beijing, Shanghai, Guangdong province in the south and Zhejiang in the east. Four cases have been confirmed overseas among Chinese travellers in South Korea, Japan and Thailand.

A Taiwanese businesswoman who just returned from Wuhan tested positive for the virus, Taiwan’s Centres for Disease Control reported on Tuesday.

Fifteen medical workers have also tested positive for the virus, the Wuhan Municipal Health Commission said. Two cases in Guangdong were people who had not visited Wuhan but fell ill after family members returned from there.

Mr Zhong cited those as evidence the disease had spread between humans. Australia, Japan, South Korea and the US were among the countries increasing airport screenings.

The possibility the virus can be transmitted between people increases the chances it could spread faster and more widely.

The Chinese government has estimated people will make around three billion trips during the Lunar New Year travel season, but some social media users have said they may stay home due to concern about the virus.

In his first public remarks on the illness, Chinese president Xi Jinping instructed government departments to promptly release information on the virus and deepen international cooperation.

– Were did the Coronavirus come from?

– What are the symptoms of Coronavirus?

The new type of coronavirus appears to have originated in the central city of Wuhan, which has reported 198 cases, including all of the fatalities. Others who have been diagnosed in Beijing, Shanghai and southern Guangdong province had also visited Wuhan.

Numerous nations have adopted screening measures for travellers arriving from China, especially those from Wuhan.

READ MORE: Travellers from coronavirus-hit parts of China to be screened on arrival in UK as death toll hits nine