"They are human beings, just like you and me." 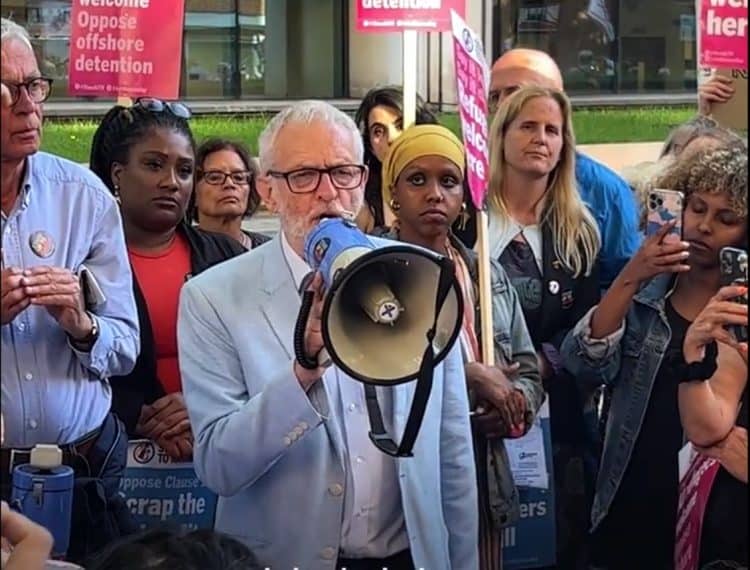 Jeremy Corbyn condemned government plans to deport refugees to Rwanda in a powerful address outside the Home Office this week.

The former leader spoke out as the first flight taking asylum seekers to Rwanda is set to leave the UK today after a last-ditch legal bid to halt the controversial deportation policy failed.

The archbishops of Canterbury and York joined opposition parties in condemning the plan, describing it as “immoral” and saying that it “shames Britain”.

A Government spokesman however insisted the policy was compliant with Britain’s national and international obligations and was necessary to combat the activities of the human trafficking gangs.

Speaking outside the Home Office, Corbyn asked what has happened “to our humanity” as he addressed protesters.