The Irish premier described measures outlined to rip up parts of the Northern Ireland Protocol as a "new low" for the British government. 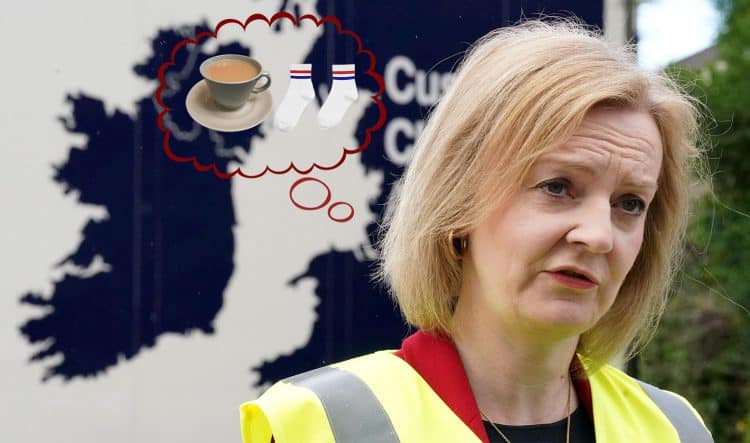 Under the new proposals, there are set to be green and red channels to differentiate between GB goods destined for use in Northern Ireland and shipments bound for onward transportation across the Irish border.

Goods arriving through the green channel would be freed of red tape, while the red channel would retain the checks and inspections required by the protocol.

It means there will be a dual regulatory system in place allowing businesses selling in Northern Ireland to choose whether they comply with EU standards, UK standards or both.

But the move has attracted widespread criticism from leaders, especially those in the Emerald Isle.

The Irish government said the measures marked a “new low point” and accused Boris Johnson’s administration of “breaking the law”.

Taoiseach – pronounced ‘tee-shuhk’ – Micheál Martin said “it’s very regrettable for a country like the UK to renege on an international treaty”, adding: “It represents a new low point because the natural expectation of democratic countries like ourselves, the UK and all across Europe is that we honour international agreements that we enter into.”

The protocol is “an international deal ratified by British Parliament and approved by the PM”, the Taoiseach said, and breaching it “goes to the heart of the issue of trust”.

European Commission vice-president Maros Sefcovic said the EU viewed the UK’s actions with “significant concern” and that it would consider what steps to take next.

But it was the response of Liz Truss that got a few people talking.

Urging Martin to get on board with the UK’s proposals, the foreign secretary seemed to stumble over how to pronounce his title.