“The Prime Minister promised us that there would not be any difficulties, but given the protocol and all the difficulties we have seen on the ground it was very clear that this was going to happen – it was all foreseen.” 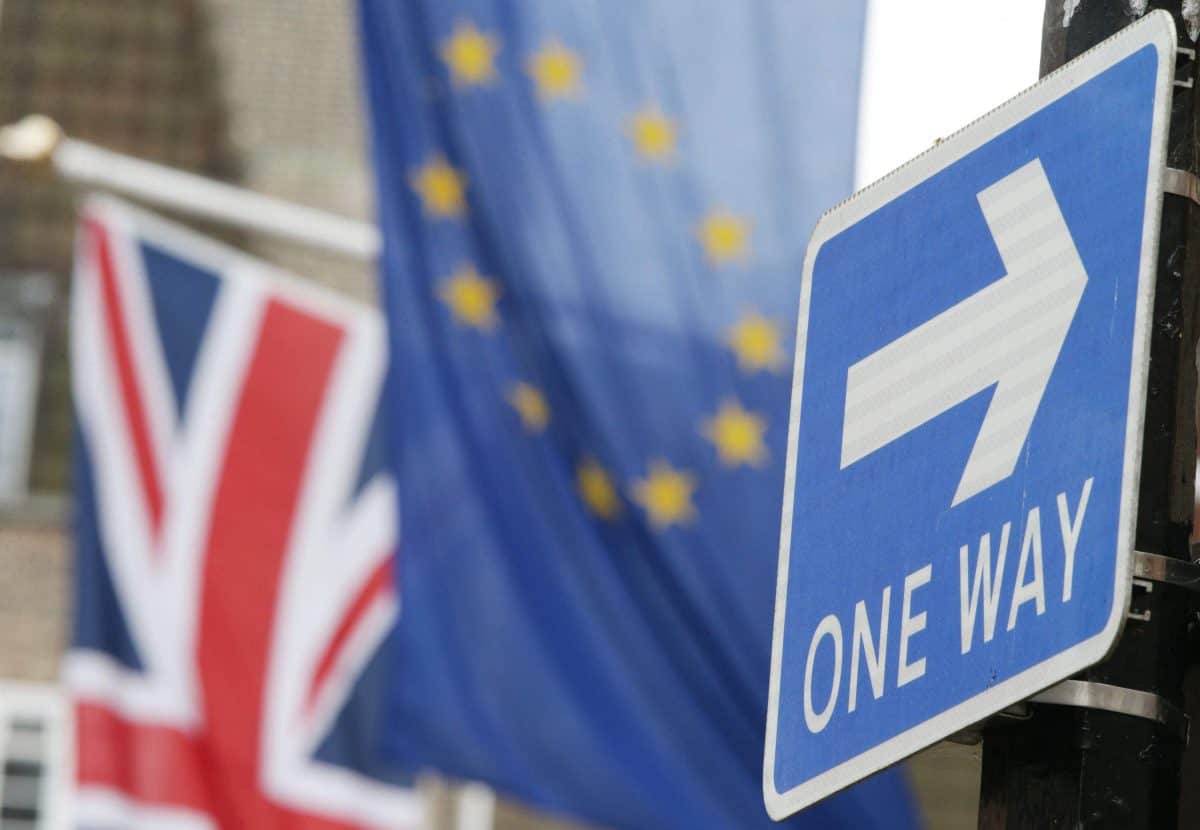 Problems with the Northern Ireland protocol were predictable and had been foreseen, the First Minister said.

Hauliers have faced difficulties transporting stock to Northern Ireland from the rest of the UK and pet owners have to organise unnecessary veterinary procedures for rabies if they want to bring their animals across the Irish Sea.

Northern Ireland is continuing to follow some of the EU’s rules to prevent the establishment of a hard border on the island of Ireland.

The DUP leader told the BBC’s Radio 4: “It is most definitely a structural problem in the Northern Ireland protocol.

“We warned about that last year when people voted to bring in the protocol, that there would be difficulties moving between Great Britain and Northern Ireland.”

The protocol is designed to allow Northern Ireland to follow the EU’s customs rules and has caused delays at the ports because of new declarations and checks.

The DUP has been vociferous in opposition to the protocol’s operation.

Mrs Foster said: “The Prime Minister promised us that there would not be any difficulties, but given the protocol and all the difficulties we have seen on the ground it was very clear that this was going to happen – it was all foreseen.”

She accepted that there would be opportunities for businesses in Northern Ireland to trade freely with the EU and the rest of the UK due to its special status.

She said she was committed to making the best of the current arrangements.

Goods are flowing effectively between Great Britain and Northern Ireland, the Government has said.

The end of the transition period has produced deep-seated structural problems which will not be quick to resolve, the Road Haulage Association (RHA) warned earlier this week.

The Government must intervene with extra cash before jobs are lost at freight companies, the industry said.

Up to 200 lorries a day are being turned back from UK crossings into the EU because they lack the proper paperwork, officials have said.

Emma Churchill, the head of the border and protocol delivery group at the Cabinet Office, said between 3% and 8% of HGVs, 100 to 200 vehicles a day, were getting turned away at the ports.

Giving evidence to the Commons Public Accounts Committee she said the numbers were far fewer than had been expected following the end of the Brexit transition period on December 31.

She said that in around half the cases it was because the drivers did not have a negative coronavirus test following the introduction of new controls by the French at the end of last year.

She said that traffic was “completely free-flowing” at the Channel ports with most drivers arriving with the correct documentation.

“That is because the general level of trader readiness has been higher than either we feared or anticipated,” she said.

“The level of turnbacks at the short straits is running at about 5% which is very, very much better than we had feared but we need to keep a very, very watchful eye on that as volumes increased.”

MPs on the committee however accused officials of downplaying the difficulties of moving goods to Northern Ireland from the rest of the UK following the introduction of checks under the terms of the Brexit Withdrawal Agreement.

Alex Chisholm, the permanent secretary at the Cabinet Office, said there had been shortages of a “small number” of food items on the supermarket shelves.

“There hasn’t been very much disruption. We are resolving the issues as they come in. The scale of the issues is not significant,” he said.

However Conservative MP Sir Bernard Jenkin said that some operators were experiencing problems due to the way the rules were being applied.

“A lorry load of potato crisps was held up for two days because the haulier couldn’t prove the potatoes from which the crisps had been manufactured had not been imported into the UK from somewhere else. This is ridiculous,” he said.

HM Revenue and Customs chief executive Jim Harra insisted that because the crisps were destined for shops in Northern Ireland and there was no risk of them entering the EU, there was no requirement to prove their origin.

Officials also said that the problems which had led to delays for some seafood exporters to the EU following the end of the transition period had also now been resolved.

James Quinault, the head of the Europe group at the Department for the Environment, Food and Rural Affairs, said: “There were issues in the early days particularly with the customs transit system.

“These are problems with EU system but we managed to solve them quickly and got guidance out to industry and those problems are now fixed.”