The Blackpool South MP retweeted and the quickly deleted a Republican Party post that read "Life Wins" following the ruling. 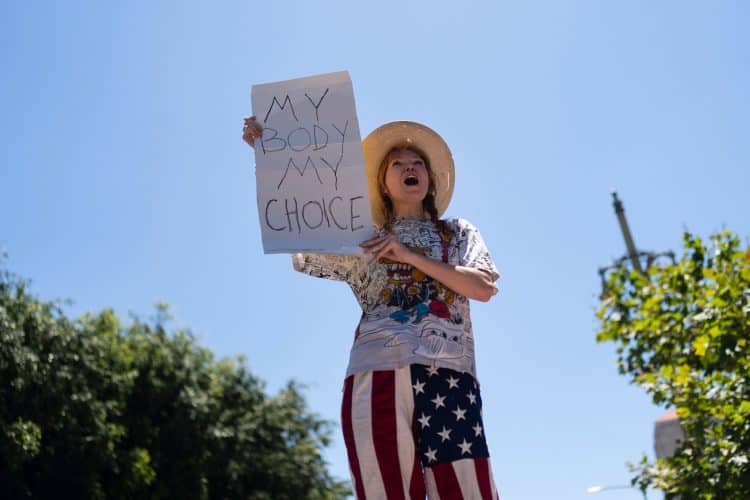 Henry Dyer, a politics reporter at Insider, took to his Twitter account to share that the MP for Blackpool South, Scott Benton, “appears” to be the very first MP to be in support of the decision.

“Scott Benton, recently made an FCDO PPS, appears to be the first MP to support the Supreme Court’s decision, sharing the Republican Party’s tweet welcoming the decision,” the post read.

Yesterday’s decision by the Supreme Court was the culmination of decades of efforts by abortion opponents, made possible by an emboldened right side of the court that has been fortified by three appointees of former president Donald Trump.

Mr Trump took credit for the decision, saying in a statement that the ruling was “the biggest win for life in a generation”.

He said the rulings and others “were only made possible because I delivered everything as promised, including nominating and getting three highly respected and strong constitutionalists confirmed to the United States Supreme Court.

“It was my great honour to do so.”

It puts the court at odds with a majority of Americans who favoured preserving Roe, according to opinion polls.

Justice Alito, in the final opinion issued on Friday, wrote that Roe and Planned Parenthood v Casey, the 1992 decision that reaffirmed the right to abortion, was wrong the day it was decided and must be overturned.\

Authority to regulate abortion rests with the political branches, not the courts, Justice Alito wrote.

Chief Justice John Roberts would have stopped short of ending the abortion right, noting that he would have upheld the Mississippi law at the heart of the case, a ban on abortion after 15 weeks, and said no more.

Justices Stephen Breyer, Sonia Sotomayor and Elena Kagan — the diminished liberal wing of the court — were in dissent.

The ruling is expected to disproportionately affect minority women who already face limited access to healthcare, according to statistics analysed by The Associated Press.

Thirteen states, mainly in the South and Midwest, already have laws on the books that ban abortion in the event Roe is overturned. Another half-dozen states have near-total bans or prohibitions after six weeks of pregnancy, before many women know they are pregnant.

In roughly a half-dozen other states, the fight will be over dormant abortion bans that were enacted before Roe was decided in 1973 or new proposals to sharply limit when abortions can be performed, according to the Guttmacher Institute, a research group that supports abortion rights.