"Superb. Quite superb. And she's right. Patel has NO answers," wrote one person who watched the clip. 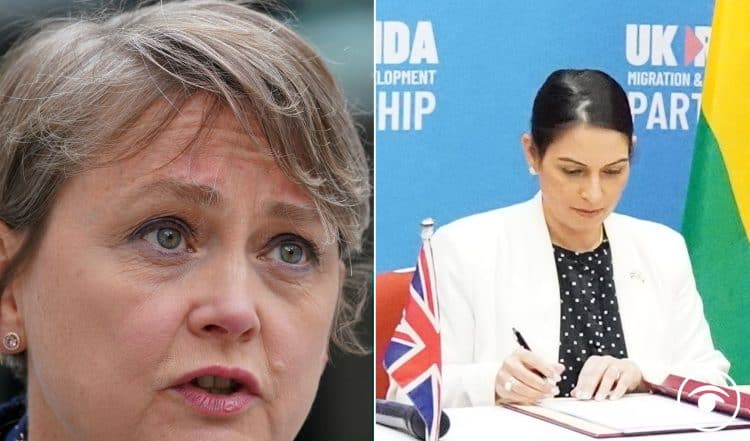 New immigration laws will have a “massively detrimental” impact on exploited children, who will be at greater risk of being unidentified, unprotected and penalised, charities have warned.

It comes as yesterday Yvette Cooper tore into Priti Patel over the government’s Rwanda policy.

The Government has been urged not to let an “adult-focused agenda to take priority over children’s rights”, with the Nationality and Borders Bill set to be debated in the Commons on Wednesday.

Nine child protection and anti-trafficking groups say a lack of long-term solutions for children who are trafficked is a “major factor” in them going missing and being further exploited.

It comes as figures from Every Child Protected Against Trafficking (ECPAT) and the charity Missing People show that trafficked children going missing from local authority care are disappearing on average eight times each a year.

Cooper continues on in the video below.

There was a lot of praise for Yvette Cooper on Twitter: