The president claimed that in 1917, the Spanish Flu "probably ended the second World War". 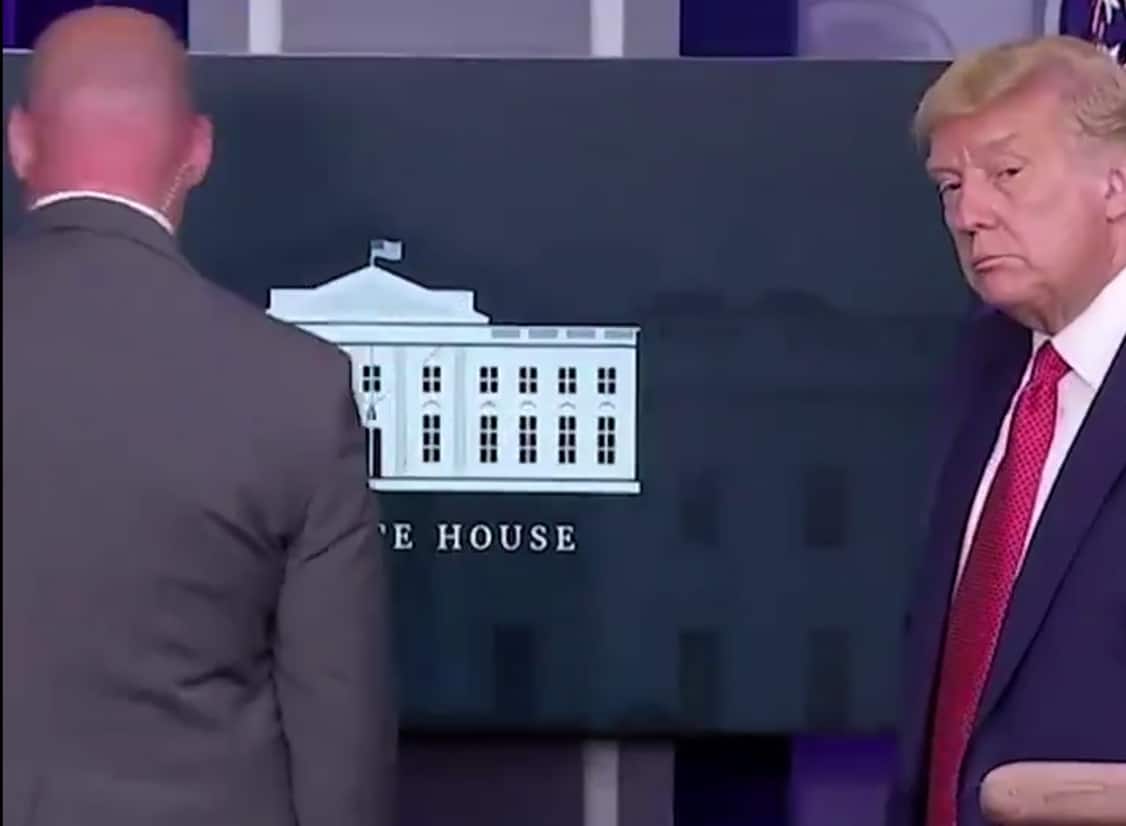 Donald Trump was abruptly escorted by a US Secret Service agent out of the White House briefing room as he was beginning a coronavirus update yesterday.

He returned minutes later, saying there had been a “shooting” outside that was “under control”.

“There was an actual shooting and somebody’s been taken to the hospital,” the president said.

He added that the shots were fired by law enforcement officers and he believed the person who was shot was armed. “It was the suspect who was shot,” he said.

Mr Trump said he was escorted to the Oval Office by the agent. The White House was placed on lockdown following the incident.

President Trump was rushed out of the White House briefing room Monday evening and later said the Secret Service had shot someone nearby. https://t.co/RrzvQqqQT4 pic.twitter.com/LdU94gVZZY

But the security personnel weren’t able to protect the president from dropping another clanger during the live broadcast.

He  incorrectly claimed that in 1917, the Spanish Flu “probably ended the second World War”, despite that war ending in 1945.

The president likely misspoke and meant to reference World War I, the final months of which overlapped with the deadly spread of the flu pandemic, which also began in the summer of 1918, not 1917.

Trump also said during the press conference that the Spanish Flu, which he referenced as the “great pandemic,” killed anywhere between 50 to 100 million people.

The 1918 pandemic, which was caused by an H1N1 virus, infected as many as 500 million people worldwide, and it killed at least 50 million people, according to the CDC.

Comparisons have been drawn between the deadly 1918 pandemic and the current COVID-19 pandemic due to its similarity in a rapid and deadly spread.

The Spanish Flu was in 1918 and WWII ended in 1945. It's "probably" a good thing the Secret Service cut that press conference short. pic.twitter.com/sHQj2Uqov6