"One of my first acts as leader will be to go to the demo and show solidarity with refugees". 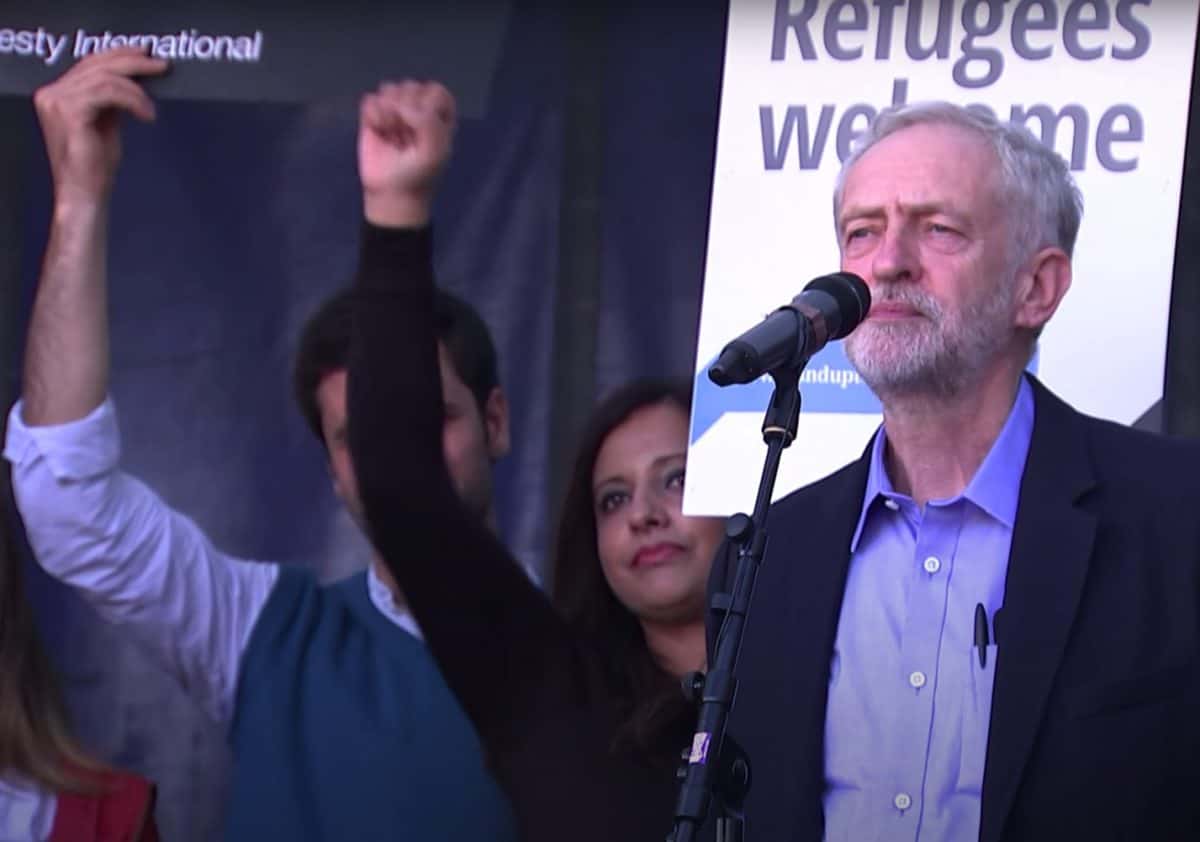 Social media users have been reminded of Jeremy Corbyn’s first act as Labour leader following an outcry over the government’s response to the refugee crisis.

The Prime Minister has been slammed for “inaccurate and inflammatory language” towards migrants as he described the Channel crossings as a “very bad and stupid and dangerous and criminal thing to do”.

Defence Secretary Ben Wallace was also ridiculed for sending an RAF surveillance plane to survey the sea shortly after Priti Patel called in the Navy to deal with the issue in a plan that had “more holes in it than a slice of Swiss cheese”, according to one Ministry of Defence source.

Things could have been different

Things could have been very different had Mr Corbyn been in charge.

After winning a landslide leadership election win he said he would shortly be attending a rally at Trafalgar Square in defence of refugees from conflict zones in the Middle East and Africa.

“One of my first acts as leader will be to go to the demo and show solidarity with refugees,” he told an assembled crowd of Labour members and supports at the Queen Elizabeth conference centre in central London, where the results was announced.

Whilst thanking other candidates the Labour leader made particular mention of Yvette Cooper, who he said had helped “turn around public opinion to show sympathy and humanity towards refugees and the way they’re treated”.

During the rally he called on the government to recognise the UK’s “obligations” to help refugees, pleading:

“Open your hearts and open your minds and open your attitude towards supporting people who are desperate, who need somewhere safe to live, want to contribute to our society, and are human beings just like all of us.

Such an approach was “surely” the “way forward”, he added.