Watch: The hilarious moment a GB News presenter realises their own Brexit poll has gone against them 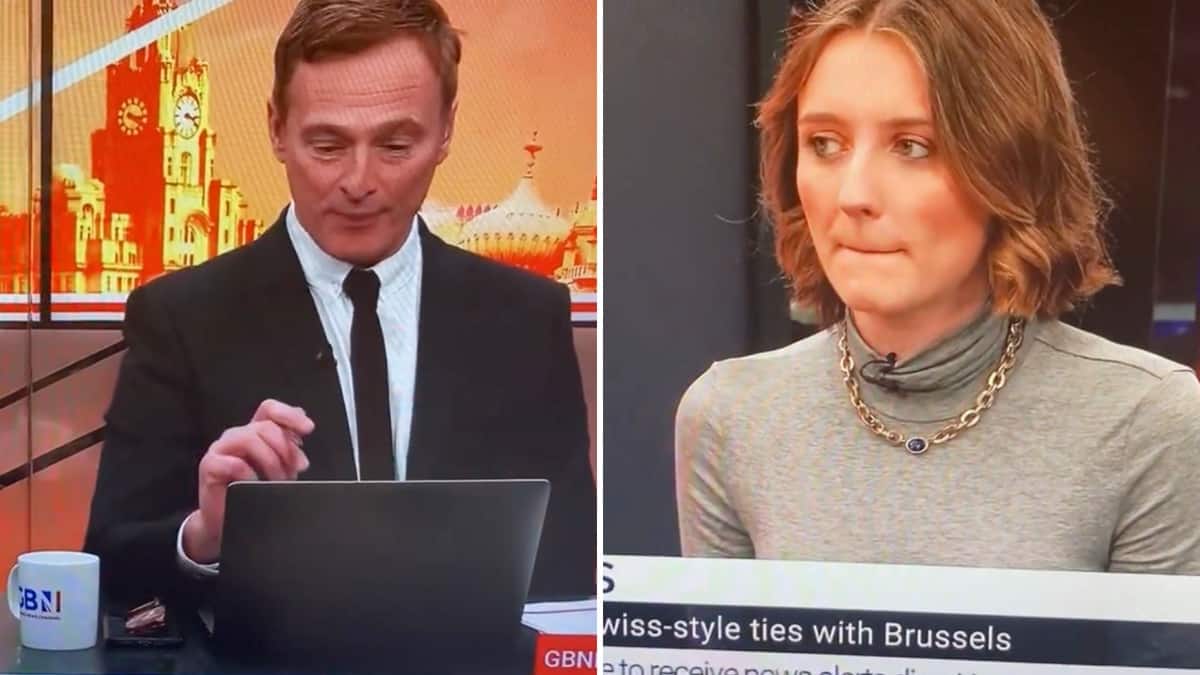 A GB News poll has revealed that 55 per cent of Brits would vote against Brexit if they were given the chance again.

With most people’s minds now primed on the economy after the Office for Budget Responsibility and Bank of England posted dire warnings about the short-term future, the question of Britain’s membership with the European Union has resurfaced again.

A YouGov poll is showing the largest-ever lead for ‘Wrong to Leave’ since 2016.

Overall, 56 per cent of Brits think the UK was wrong to leave compared to 32 per cent who still believe it was the right decision.

GB News polling has also revealed similar results, although their presenters didn’t seem to realise the change in tide.

Watch the hilarious footage below: