Although the Home Secretary said police should only take action against ‘egregious’ breaches. 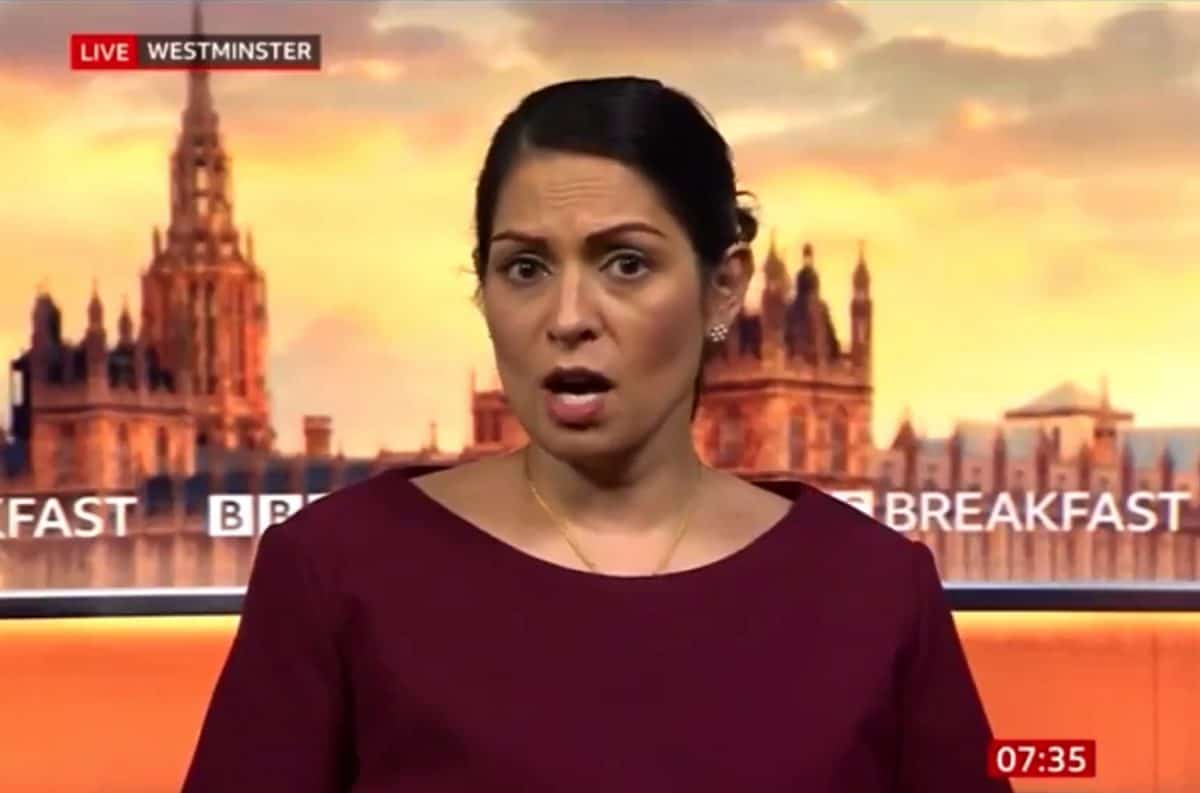 Priti Patel said she wouldn’t hesitate to inform the police if she say somebody flouting coronavirus regulations this Christmas.

Appearing on BBC Breakfast the Home Secretary urged people to stick to the rules and follow the guidance as the rates of infection reach worrying levels going into the festive period.

“If I saw somebody flouting coronavirus regulations and the laws, of course I would look to inform the police about that,” she said, although she added police should only take action against “egregious” Covid breaches.

“People will uses their own judgment, I would phone the police though”#BBCBreakfast #r4today pic.twitter.com/M5yXX5vNPl

Speaking on Sky News shortly after she said the role of police officers over Christmas is to enforce against the serious breaches such as “the raves, the house parties, anything basically that is in breach of the rules that would effectively lead to the spread of the virus.”

The current rules allow three households to form a festive bubble between December 23 and 27 except in Wales, where the law is being changed to restrict it to two.

But Boris Johnson has stressed that is the maximum permitted amount of mixing and has strongly urged people to have a low-key Christmas by scaling-back travel plans and social contact.

Patel plans to visit frontline police officers at Christmas before spending the day with her “very, very tight and small family bubble”.