"I’ve never disliked a politician more.. (I grew up in Thatcher’s 80s so that’s saying something)" 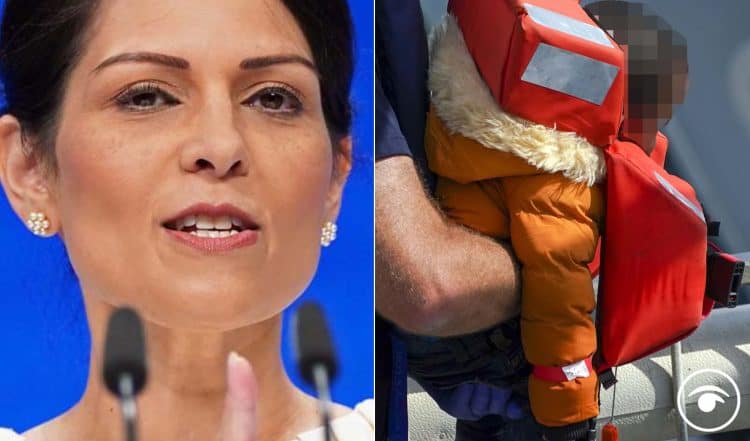 The Home Secretary, Priti Patel, has told Tory supporters there is “no reason” for an asylum seeker to cross the Channel from France as she renewed her vow to control the flow of small boats arriving into the UK.

In her speech to the Conservative Party conference on Tuesday, she said “France is a safe country, one not riven by war or conflict.”

“There is no reason why any asylum seeker should come to the United Kingdom directly from France.

“We make no apology for securing our borders and exploring all possible options to save lives by ending these horrific journeys.”

“For the first time, how somebody arrives in the United Kingdom will impact how their asylum claim is processed,” the minister told delegates. “Our new laws will speed up the removal of those with no legal right to be in our country,” she added.

She then went onto to tell the delegrates that she will ‘turn back the boats,’ and it is this clip that has sent shivers down many people’s spines.

Dr. Jennifer Cassidy tweeted: ‘Priti Patel is truly terrifying. ‘Turn back the boats’ she says to bouts of hesitant applause. As the insightful Hannah Arendt once said “the greatest evil perpetrated, is the evil committed by nobodies. That is by human beings who refuse to be persons.”’

Patel received a standing ovation for her speech, which saw her take aim at opposition parties for frustrating deportation efforts – claiming they try to keep murderers, rapists, and child abusers in the country.