A caller named Craig told LBC that he will pocket up to £2,800 from Rishi Sunak's energy rebate scheme. 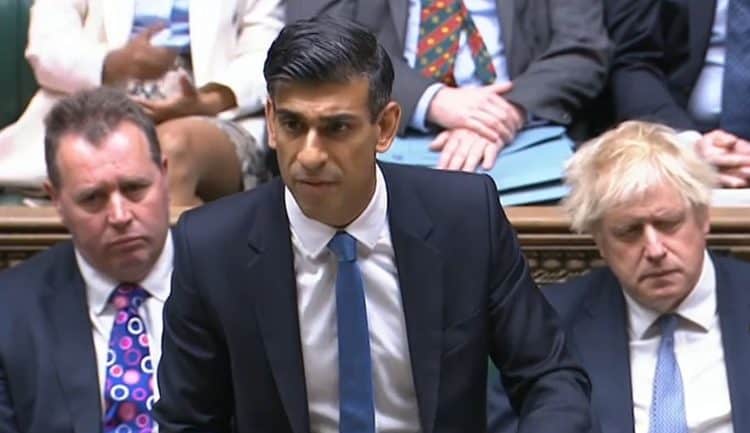 An owner of SEVEN homes who is in line to receive £2,800 from Rishi Sunak’s energy rebate has vowed to keep the cash.

Craig, an owner of seven holiday lets, told LBC that he will keep the money – which will go to every household in the UK to save Brits £400 off their energy bills.

The energy rebate is designed to help struggling families weather the cost-of-living crisis, after ministers belatedly levied a temporary 25 per cent windfall tax on oil and gas companies.

Sunak has also issued a one-off grant of £650 for the most vulnerable in society.

But second home owners are entitled to the £400 rebate – meaning multiple home owners will receive the cash.

And one owner of seven holiday homes has now boasted that he intends to keep the cash.

Speaking to Camilla Tominey’s show on LBC, Craig – who did not give his second name – said: “I’m going to keep the money I think, because my personal opinion is that the government, over successive governments, has mismanaged our energy in the UK for many years.

“Like everyone else, my energy costs are going up through the roof. What I charge my guests does not go up. It’s not reflective on what they pay, so essentially we’re all hit. We all pay more.

“Fundamentally, if the government had actually pre-planned 20 years ago, we wouldn’t be in this crisis.”

When asked by Tominey whether he admitted the money “wasn’t meant for [him]”, Craig replied: “We’re doing okay now, but over the last two years it’s been hard. It’s hit everyone, it’s hit every business.

“I think a lot of businesses are trying to recoup a lot of losses that they’ve sustained over the last few years.”

It comes amid reports that nearly six-in-10 households have had to make adjustments to cover the cost of essentials in the past month, according to Which?

Measures have included cutting back on essentials, borrowing from family and friends, taking out loans or credit cards, dipping into savings or overdrafts, or selling items.

This is a significant increase compared with the 38 per cent who had to make adjustments in May 2021.

About two million households have missed a housing, bill, credit card or loan payment in the past month, Which? estimated.

It said households on lower incomes in its survey were more likely to have missed a payment.

Many people reported living their lives differently amid price rises. In response to energy cost increases, a third (32 per cent) said they have used less hot water and one-in-six (16 per cent) reported eating fewer cooked meals.

More than one-in-10 (11 per cent) said they had skipped meals because of rising food prices, 8 per cent had prioritised meals for other family members, and 3 per cent had used a food bank.