“It’s a real struggle, I should be on the right path but my circumstances have got me here worrying about food and bills.” 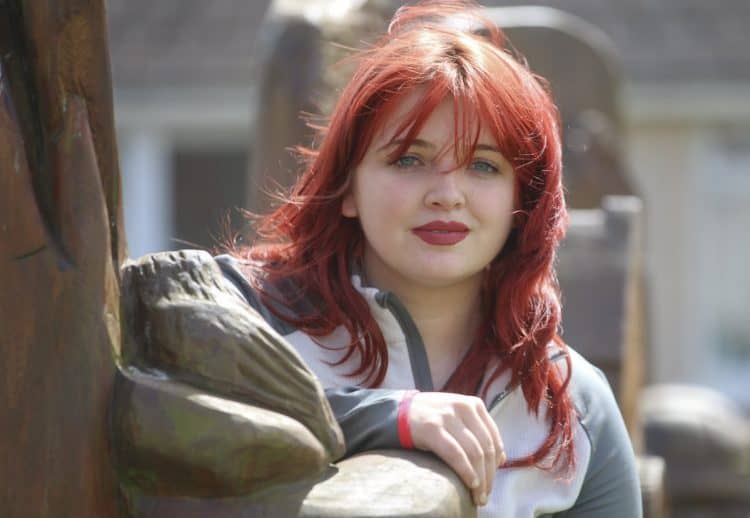 A student told how the cost of living crisis forced her to give up nursing training.

Chantelle McCafferty, 24, was in her final year of nursing at University of the West of Scotland in Paisley, Renfrewshire, but couldn’t afford to be a student after she left a bad relationship and moved into a women’s shelter.

She left uni and is now working full time in a cafe in a bid to tackle debt, and had to ask a pal to rehome for dog, Layla

Chantelle had hoped to get her own council flat within six months but now expects it could take around one year before she can leave the women’s shelter due to high demand.

She said the cost of living alone conflicted with her hope to get a council house, while charity End Violence Against Women warned the economic pressures were particularly detrimental on women and put them at risk of violence.

Chantelle said: “It has been a nightmare for me, I just want to get back on my feet but the cost of living is so hard right now.

“I left a bad relationship and moved into a women’s shelter and have been struggling to get my own council house.

“I had to give up studying nursing as well as I can’t afford to be a student.

“I also had to give up my dog as they don’t let you have them in the support accommodation.

“She is staying with a friend now but I miss her so much.

“If I got my own place I could get my dog back and start my life again but it is just too expensive with prices for everything going up.

“I am a full-time worker.

“I was trying to do all the right things and go to university after school and make good choices but I have ended up in this situation.

“I’ve never broken any laws and always been a good member of society.

“How can I be in this place? It’s ridiculous.

“It’s a real struggle, I should be on the right path but my circumstances have got me here worrying about food and bills.”

Chantelle left a relationship in December 2021 after a family member became concerned.

She was helped by Women’s Aid who put her into a flat which allows just one allocated named visitor for privacy and safety reasons.

Chantelle is now hoping to start a new job which will allow her to tackle her debt and save up to move out and get her dog back.

She also hopes to return to university one day to complete her nursing degree.

It comes as Police Scotland recorded 65,251 incidents of domestic abuse in 2020-21, an increase of four per cent compared to the previous year.

This is the fifth year in a row this figure has shown an increase.

End Violence Against Women said: “We are alarmed by what these increasingly challenging economic conditions will mean for women and girls, with very little offered for those on the sharpest edge of the cost-of-living crisis.

“Gender inequality, including wider economic inequality, is both a cause and consequence of violence against women.

“We are concerned that the Government’s proposals will widen, rather than reduce, the existing income inequalities faced by black and minoritised, migrant and disabled women, who are already at heightened risk of gender-based violence.”