"Can we just chuck it on the partisan nonsense and get on with delivering", he said while stomping his hand on the despatch box. 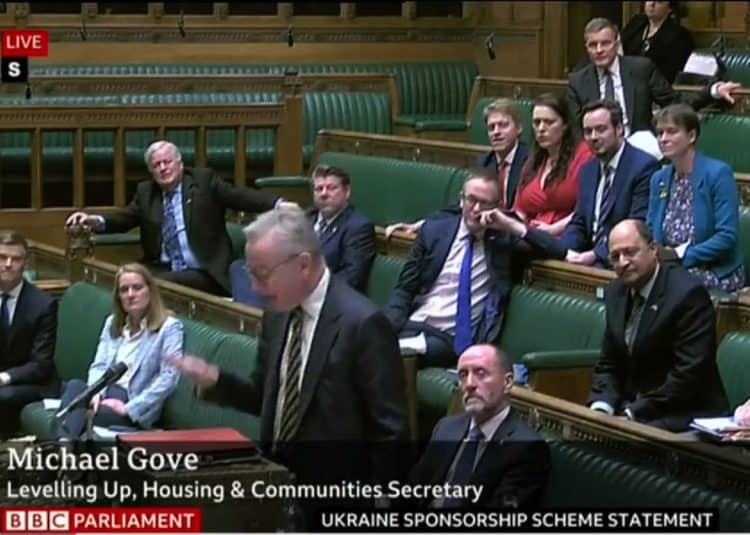 Michael Gove struggled to keep his cool in the House of Commons yesterday as he hit back over hostile environment claims.

The communities secretary launched the government’s sponsorship scheme – Homes for Ukraine – yesterday to allow people and organisations to give Ukrainians fleeing the war a place to stay.

Close to 44,000 Brits registered their interest in housing a refugee in the first few hours, despite “wonky” website issues.

Gove told MPs Ukrainians will be able to live and work in the UK for up to three years under the scheme, with “full and unrestricted access to benefits, healthcare, employment and other support”.

Those offering a place to stay will receive a tax-free monthly payment of £350 which will not affect benefit entitlements or council tax status.

But he became rather animated when facing questions over the government’s response in parliament yesterday.

He said: “I’ve had it up to here with people trying to suggest that this country is not generous… all the stuff about hostile environments, that was invented under a Labour home secretary…

“So can we just chuck it on the partisan nonsense and get on with delivering.”