The former Bank of England governor is out to save the world by shaking up the models that landed us in this mess in the first place. 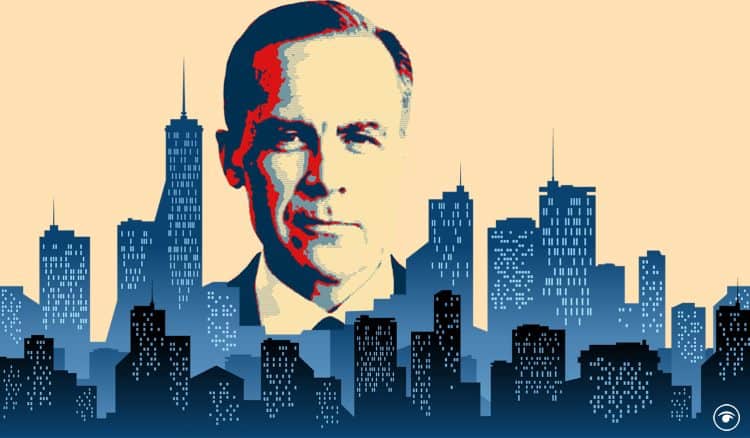 Good Morning. Mark Carney is a man who knows a thing or two about markets. After 13 years at Goldman Sachs, five as Governor of the Bank of Canada and seven as the Governor of the Bank of England he has an unrivalled perspective on the global economy, one that has led him to conclude in his latest book, Value(s), that unless things change, we’re basically f*cked. Billions of people displaced, our ecology irreparably damaged, our economies ruined, all the hits, really.  But we knew that, right? The new bit is that Carney has a plan to un-f*ck the planet, and it concerns the very thing that got us into trouble in the first place; markets.

In his view, with such a short window to address our failings, there is no time to invent a new economic model. What we must do instead is imbue the existing model with a moral duty to think beyond the boundary of a balance sheet and a bonus cheque. Highlighting seven key values – solidarity, fairness, responsibility, resilience, sustainability, dynamism and humility – he points out that current trends are turning, in the parlance of the Pope, “the wine of humanity into a toxic grappa of self-interest”. But by changing our perception of value, we could turn that grappa back into wine. After all, “if we can place a market price on Amazon, worth $1.5 trillion, then why don’t we have a dollar value assigned to the Amazon rainforest?”

But here’s the tricky bit. In order to change the model, we need institutions – often the same ones that have constantly failed us over the years – to lead the way. Although Values is billed as a book for you and I, it actually reads like a moral self-help book for the rich and powerful – a “Ten Commandments for the 0.1 per cent”, in the words of Daniel Flatt. It is a call to arms, literally, in that it sets out a framework to arm the best in business, finance and government and disarm the worst, and if rumours are to believe, it could be something we will hear a lot more of in the coming years.

Carney’s reaction to the recent trucker protests in Ottawa has been viewed by some as political manoeuvring after Justin Trudeau fell short in his ambition to secure a majority at the last general election. In an article in the Globe and Mail, the country’s most influential newspaper, he called for the occupation’s supporters to be punished with the “full force of the law” and attacking local authorities for their “appeasement” of the protesters. “They are not patriots. This is not about “restoring freedom” but beginning anarchy,” he said while accusing the protesters of “sedition”.

Such hardline rhetoric puts Carney’s “hat in the ring” in the event that Trudeau steps aside or, more likely, gets pushed out of the top job, Nottingham University academic Tyler Kustra said. A win for him, judging by the contents of his book, could be one of the biggest wins for the planet and for the progressive cause, and not before time, too.