McDonnell called out Frost's claim that MPs were "blocking the will of the people" over Brexit. 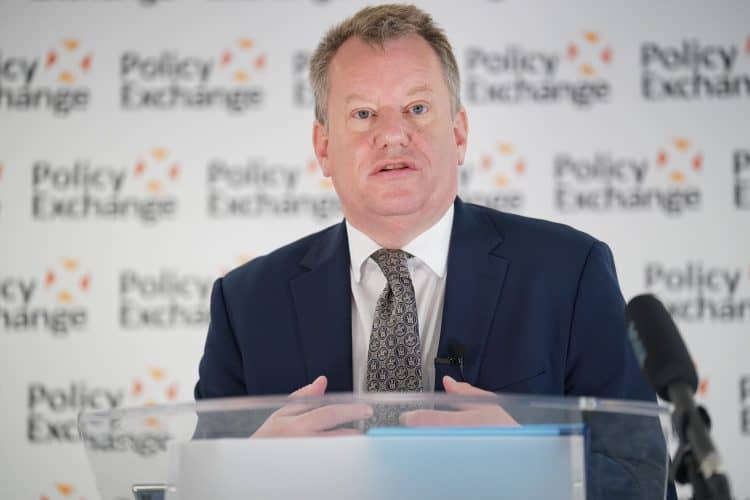 Lord Frost’s Brexit bluster has been dismantled by John McDonnell in a blockbuster select committee hearing.

In an eye-opening exchange, the former Brexit minister claimed that the UK does not have a formal separation of powers – arguing that the country’s executive and legislature are “merged”.

Subsequently, Lord Frost argued, Parliament is not free to “take a different view to government”.

But McDonnell – the former shadow chancellor – took umbrage with Frost’s claim that MPs were “blocking the will of the people” during the Brexit process.

Instead, he said, “Parliament was trying to get the best deal possible” – not “frustrating the will of the people”.

Watch the full exchange below.

Lord Frost has weighed in repeatedly on Boris Johnson’s leadership since quitting as Brexit minister earlier this year.

Following a rebellion by Tory MPs on Monday, narrowly seen off by the prime minister, he called for previously announced rises to National Insurance and corporation tax to be reversed.

“It is not Conservative to be raising taxes, and it is undermining growth and prosperity,” he told BBC Radio 4’s World At One.

“We need to improve productivity and investment, and not weaken it.”

Meanwhile Taoiseach Micheal Martin has appealed to Boris Johnson to pull back from acting unilaterally over the Northern Ireland Protocol.

Speaking during a visit to the  European Parliament in Strasbourg, Martin said Europe will respond in a “calm and firm” way when the British Government publishes legislation over the protocol.

Martin said he would “not get involved” in what was happening in the Conservative Party after Tory MPs voted by 211 to 148 in support of Johnson on Monday.

It comes amid a stand-off between the UK and the EU over the protocol, an agreement designed to avoid a border on the island of Ireland and which instead created fresh checks on trade between Great Britain and Northern Ireland.

Foreign Secretary Liz Truss has said the UK intends to legislate to override parts of the deal on Northern Ireland, with the details expected to be announced this week.