"It’s quite possible to say those backing Johnson have finally lost contact with reality," wrote one person in response to the article. 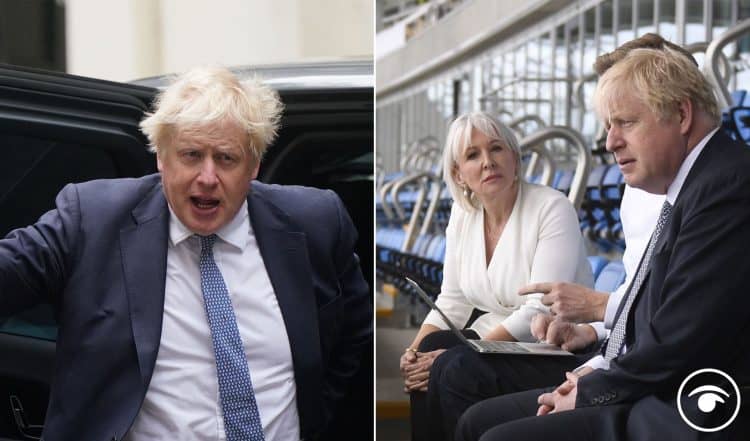 The Daily Mail has been called out after a news story published in the paper today has left people scratching their heads.

It wasn’t the headline, for once, which just harked back to the 1970s.

Their article inside the newspaper appears to stem from Lee Anderson’s comments that there is a ‘BBC witch-hunt’ against the PM.

Here is what he said:

So over the at the Daily Mail, they are having a normal one.

It comes as Boris Johnson is to face Parliament on Wednesday for the first time since the damaging revolt by Tory MPs in Monday’s confidence vote.

Backers of the Prime Minister can be expected to stage a noisy show of support when he steps up for his weekly Commons questions.

But behind the scenes, tensions are running high after 40% of Conservative MPs refused to support him in the vote of confidence.

Although Mr Johnson survived, by 211 votes to 148, critics warned that he had been severely wounded by the scale of the rebellion and could be gone before the end of the year.

The headline of the story reads: ‘The Reamainstream TV media’s hysterical anti-Boris obsession is nothing less than an attempted coup.’

Here is a bit of Mick Hume’s opinion piece.

This endless concocted scandal is no less than an attempted coup, instigated by the Remainer media elites who loathe Boris as the symbol of Brexit.

They became obsessed with Partygate because they see it as a stick with which to beat Boris, and one that could help persuade Tory MPs to get rid of him — without leaving it to the unreliable electorate to decide who is our Prime Minister.

Here are some reactions…