“A hasty exit is not a sign of success. Needing reinforcements to keep the door open as you leave is a sure sign of failure" - Tom Tugendhat. 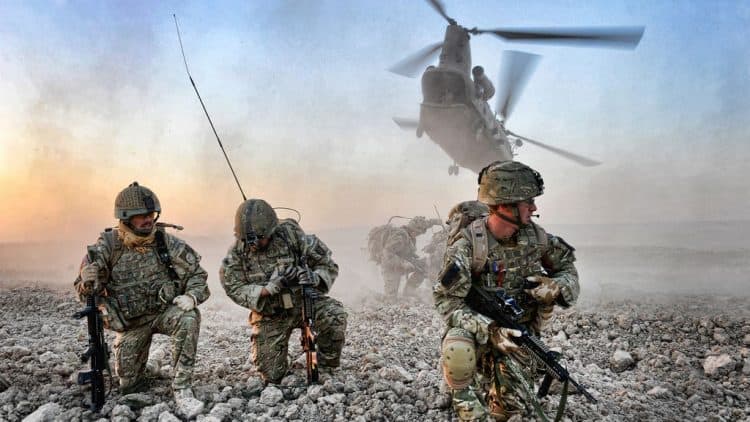 An MP who served in Afghanistan has posted his dismay at news that soldiers are to be deployed to Afghanistan to help Britons leave the country.

Tom Tugendhat, who isthe chairman of the Foreign Affairs Select Committee, said it is a “sure sign of failure” that both the UK and United States will deploy troops to help their citizens leave as theTaliban continue to make gains.

He said: “A hasty exit is not a sign of success. Needing reinforcements to keep the door open as you leave is a sure sign of failure.”

“The operation broke us”

Tugendhat, who has been vocal critic of the troop withdrawal, spoke of his own time serving with the armed forces in Afghanistan, and said “the decision to withdraw is like a rug pulled from under the feet of our partners”.

In a Twitter thread he added: “If you think I’m taking the news from Afghanistan badly and personally, you’re right.

“Over my 4 years I met and served with the most impressive and courageous people.

“Many of us gave all we could. The operation broke us. Worse, it tore families apart, left children orphans and parents to cry alone.

“The father carrying his bloodied daughter desperately looking for the help that was now useless haunts me every time I carry my own child.”

He went on to say that the decision “isn’t just about Afghanistan – It’s about us all. We are engaged in a challenge over the way the world works.”

“So you want to know why I’m angry? Because we don’t need to do this. Because it is about our freedom tomorrow not just Afghanistan today. Because the only defeat is of our own making.”

If you think I’m taking the news from Afghanistan badly and personally, you’re right.
Over my 4 years I met and served with the most impressive and courageous people. Afghans, Brits, Americans, Canadians, Dutch, French, Romanians, Turks, Aussies, Kiwis and many more. 1/

“What would Churchill say?”

The chairman on the Defence Select Committee, Tobias Ellwood MP, also wrote on Twitter: “What would Churchill say? This is NOT our finest hour. What happened to GLOBAL BRITAIN and AMERICA IS BACK?

“The largest high tech military alliance ever – defeated by an insurgency armed with mines, RPGs and AK47s. We can and must do better.”

Lord Richards, a former chief of defence staff, told BBC’s Newsnight: “I think they will be doing what we call a non-combatant evacuation operation. They will hold the ring for as long as they can and then get out along with the people they have helped.”

He added: “It is a tacit – explicit really – admission of failure. Of a gross, a dismal failure of geostrategy and of statecraft.

“And all we have heard tonight is an admission of failure and a desire to pull people out.”

He added: “I’m almost ashamed that we are in this position.”

Related: Two-thirds of Brits feel ‘left in the dark’ about impact of post-Brexit trade deals