Gary Neville declared himself as “not surprised at all.” “Wait till this lot that are in now are finished! We’re being robbed in cold daylight,” he said. 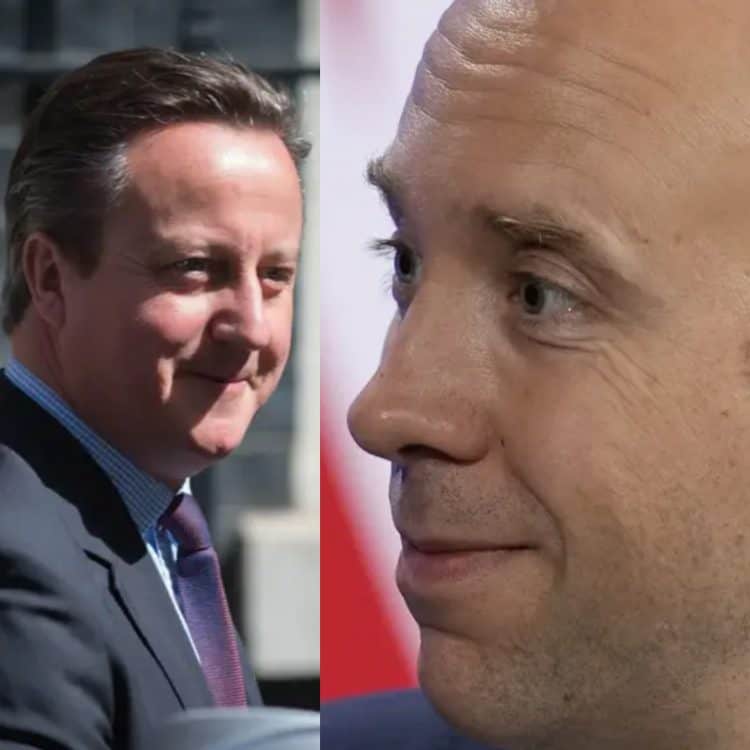 A firm employing David Cameron as a consultant gained a multi-million-pound contract after he allegedly asked the former health secretary to attend a genomics conference.

The former prime minister started working for Ilumina in 2018 and in 2019 he reportedly wrote a letter to Matt Hancock “strongly” endorsing the company’s conference, according to The Times.

The letter read: “I understand Jay [Flatley, former executive chairman of Illumina] has sent this direct to your office, but I wanted to i) ensure that you had seen it personally; and ii) strongly endorse their invitation to this significant conference.”

The newspaper said Hancock agreed to attend the conference, also attended by Cameron himself, and a £123 million contract followed.

But a spokesperson for Cameron told The Independent: “As has been made clear on numerous occasions, David Cameron has never lobbied the government on behalf of Illumina or been involved in any contract or commercial discussions.”

And a government spokesperson said the contract awarded to Ilumina was “signed to help save lives” and “was awarded in the correct way”. The spokesperson insisted suggestions of “undue ministerial involvement in the decision” are “completely wrong”.

Ilumina said it always takes the correct steps when negotiating with customers and has worked for the government’s Genomics England since 2014, when it won a £78m contract.

A spokesperson for Hancock said the former health secretary “had no involvement in the awarding of these contracts and all normal processes were followed.”

The news come after Cameron faced backlash earlier this week after it emerged he made £7 million from Greensill Capital, another company he has worked for, before it collapsed.

Cameron had reportedly tried to convince the government to invest taxpayers’ money in the finance firm’s loans, but the company went into administration in March.

But he is still made a total of around $10 million before tax for two and a halfyears of part-time work, BBC Panorama has revealed.

It comes after Cameron consistently refused to say how much he was being paid by Greensill – instead, he only ever admitted it was “far more” than his prime minister salary.

Labour MP Jess Phillips referenced the austerity brought onto the British public by Cameron in the light of the eye-watering profits revelations.

“Obscene in any case, in light of failure it’s a bloody heist,” she said.

She added: “He took away all our local advice services, thousands of local police officers, he reduced funding for refuges, took away access to justice, he made a killing from his failures, we had to suffer because of them.”

And Gary Neville declared himself as “not surprised at all.” “Wait till this lot that are in now are finished! We’re being robbed in cold daylight,” he said.