The Prime Minister is set for combative trade talks after saying there would be ‘no alignment’ between the EU and Britain after Brexit. 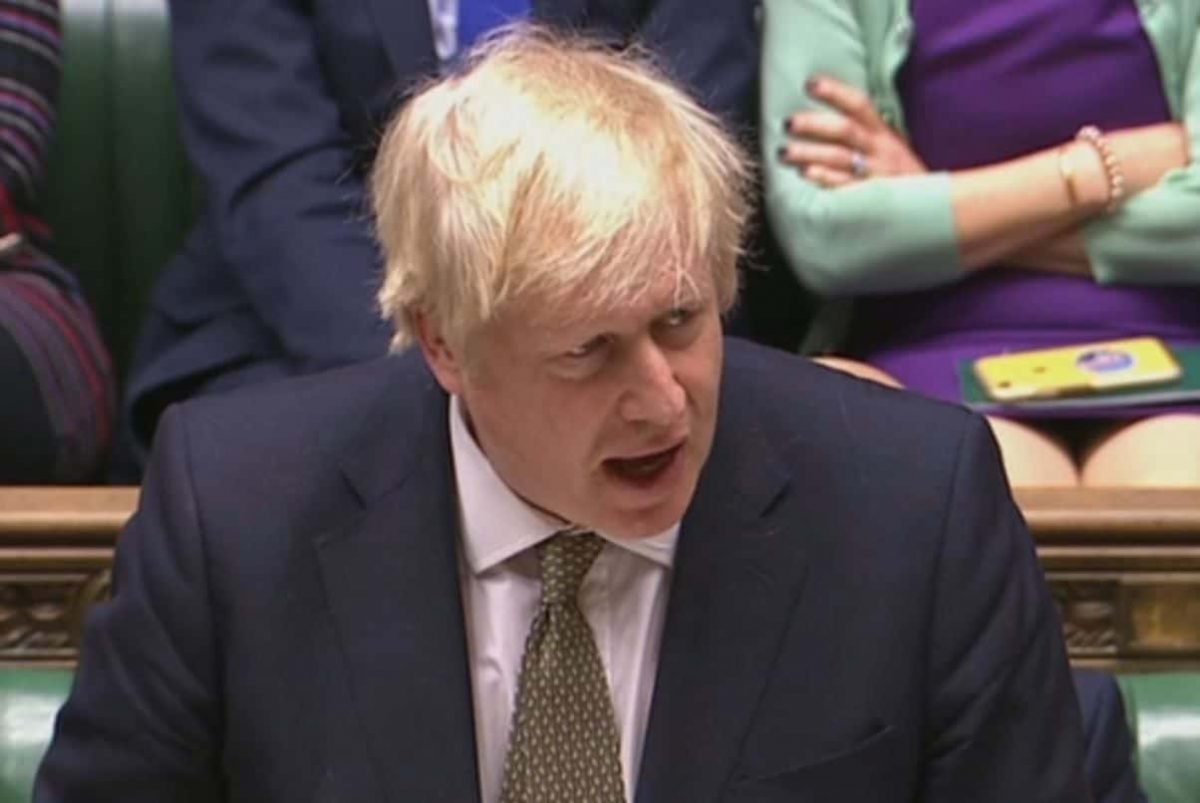 Boris Johnson appeared to set himself on a collision course with the European Union in trade talks after ruling out adhering to Brussels rules after Brexit.

A huge majority of 124 votes for the EU (Withdrawal Agreement) Bill at its second reading in the Commons on Friday means the UK is on its way to finalising its divorce from Brussels by the January 31 deadline.

But opposing views on both sides of the Channel mean that the Prime Minister is set for a combative 11-months of trade talks when UK and EU teams sit down to negotiate from February.

UK out to “undercut” Europe on food, health and product safety

Irish Prime Minister Leo Varadkar warned that Mr Johnson looked to be embarked on a “harder Brexit than we anticipated” and said he feared the UK wanted to “undercut” Europe on food, health and product safety after it exits.

Conservative Party leader Mr Johnson told MPs on Friday that the “oven was on” when it came to delivering Brexit next year but said there would be “no alignment” to EU rules once the transition period ends in 2020.

He said: “The Bill ensures that the implementation period must end on December 31 next year, with no possibility of an extension, and it paves the way for a new agreement on our future relationship with our European neighbours, based on an ambitious free trade agreement.

“This will be with no alignment on EU rules, but instead with control of our own laws, and close and friendly relations.”

Charles Michel, the successor to Donald Tusk as European Council President, welcomed the Commons result but suggested in a tweet that “a level playing field remains a must for any future relationship”.

“It is going to be difficult to secure a good trade deal for Ireland, principally because Boris Johnson has fixed on a harder Brexit than we anticipated under his predecessor or at the time of the referendum, and that is one where he talks very much about divergence,” he told journalists in Dublin.

“The harder approach being taken by Prime Minister Johnson is a risk to us and that is evident.”

Mr Varadkar said he feared the UK, under a hard Brexit, would look to “undercut” EU member states on food, financial, product and health standards in order to compete for world trade.

Before those talks begin, the PM will look to switch off from Brexit over the Christmas break – an example Number 10 is rumoured to have told all ministers to follow.

The PM will turn his attention to other issues when he heads to Estonia to meet British troops stationed in the Baltic country on Saturday.

He will serve Christmas lunch to the 850 British troops from the Queen’s Royal Hussars at the Tapa military base near the capital Tallinn.

Along with personnel from Estonia, France and Denmark, they lead the Nato battlegroup to protect Europe’s eastern border with Russia.

Mr Johnson is also set to hold a bilateral meeting with Estonian counterpart Juri Ratas during the one-day visit.

His trip comes as Defence Secretary Ben Wallace warned serving personnel to be braced for cutbacks as part of his bid to secure more long-term investment in defence.

Speaking to BBC Radio 4’s Political Thinking podcast, the Cabinet minister said: “The best thing I can do for the men and women of the armed forces is to make sure that we cut our cloth to match our ambition, that manage expectations and say to the [service] chiefs that your appetite has to match your stomach.

“By doing so we build our credibility with the Treasury and Number 10 to say, ‘Look, we have sorted out our house, when you give us some more money we will deliver on what we’re trying to do and there will be no tricks’.”

He also confirmed reports that the PM’s chief adviser Dominic Cummings will be involved in a major shake-up of defence procurement after the strategist wrote a number of scathing blogs about the Ministry of Defence before joining the Government.

Mr Wallace added: “Dom is full of amazing ideas where he has spotted loads of improvement in infrastructure and technology procurement and he has spotted how that as our technology horizon changes, how we procure has to happen differently and I am incredibly supportive of what he is talking about.”