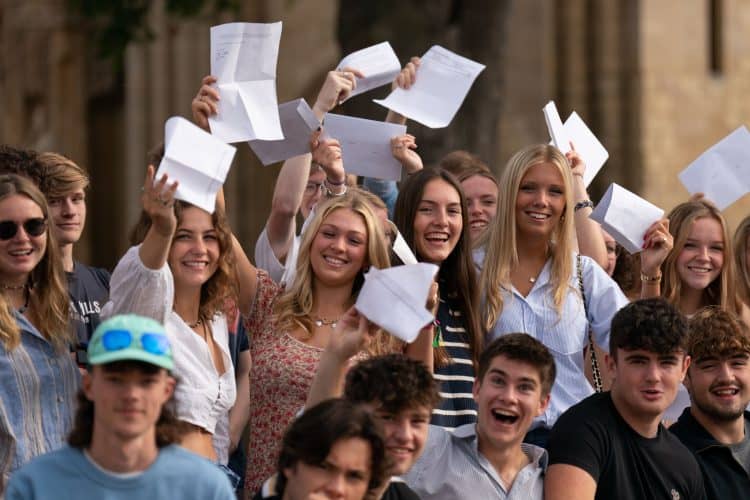 University chiefs want tuition fees to be raised to a staggering £24,000 PER YEAR, to close the gap with the price paid by foreign students.

They warn the £9,250 paid by UK students – which has been frozen for a decade – is forcing universities to take on ever-increasing numbers of foreign applicants from countries like India and China,

A record one in five undergraduates starting at top universities this autumn are from overseas, official figures have revealed – up seven per cent in a year.

Meanwhile the number of British undergraduates has declined by 13 per cent.

Sir David Bell, vice-chancellor at the University of Sunderland and a former permanent secretary at the Department for Education, told the Sunday Times: “You cannot expect to run universities on a fee level of £9,250 a year, which by 2025 will be worth around £6,000 in real terms because of inflation.

“If you want to keep running universities even at the level we have now, you have to increase the tuition fee at some point.”

Professor Colin Riordan, vice-chancellor of Cardiff University, added that the government had a “national duty to ensure that it was at least viable for us to teach students from this country”.

Professor Sir Chris Husbands, vice-chancellor of Sheffield Hallam University, said: “There are high-tariff universities [which ask for very high A-level grades] pulling back from the UK market because they can charge higher prices in international markets. There is an urgent need to look at UK student funding.”

A Department for Education spokesman said: “The student finance system must be fair for students, universities and the taxpayer, and it is right that we have frozen tuition fees to reduce the burden of debt on graduates. To support universities, we’re providing £750 million extra funding over the next three years.

“It is a myth that offering a place to an international student takes a place away from a student in the UK. They actually support the creation of more places for domestic students.”