French Ambassador to the UK Catherine Colonna will be challenged on the issue by Foreign Secretary Liz Truss. 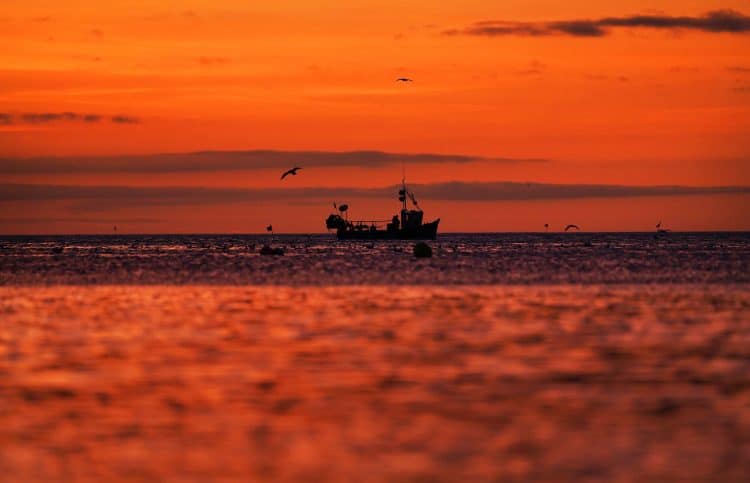 Britain has threatened to increase “rigorous” checks on EU vessels and launch dispute talks if France does not back down in a post-Brexit row over fishing rights – warning “two can play at that game”.

Brexit minister Lord Frost widened the possible response to include making life harder for other European vessels in order to pressure Paris to retreat on its threats to hamper British boats.

Claiming there is a lack of licences for French boats to fish in UK waters, France is threatening to block British boats from some ports and tighten checks on vessels if the row is not resolved by Tuesday.

Foreign Secretary Liz Truss was to challenge the French ambassador to the UK, Catherine Colonna, on France’s intentions on Friday afternoon after taking the rare step of ordering an allied nation’s envoy to be summoned.

Meanwhile, the captain of the Scottish-registered scallop dredger detained in Le Havre during the diplomatic storm has been told to face a court hearing in August next year. The skipper is understood to be an Irish national.

French authorities allege the Cornelis Gert Jan vessel did not have a licence, a claim the boat’s owner Macduff Shellfish denies – however the European Union said the UK authorities withdrew the licence on March 1.

The Brexit minister raised the “unjustified measures” threatened by France to “disrupt UK fisheries and wider trade, to threaten energy supplies, and to block further cooperation between the UK and the EU”.

He also made clear, according to a UK Government spokesman, that the EU would be in breach of the post-Brexit Trade and Cooperation Agreement (TCA) if France goes ahead with the plan.

“The government is accordingly considering the possibility, in those circumstances, of launching dispute settlement proceedings under the TCA, and of other practical responses, including implementing rigorous enforcement processes and checks on EU fishing activity in UK territorial waters, within the terms of the TCA,” the spokesman added.

Sefcovic “encouraged the UK to intensify discussions with the European Commission and France in order to swiftly resolve the issue of pending fishing licences”, an EU statement said.

Earlier in the day, Environment Secretary George Eustice did not rule out blocking French vessels in retaliation as he struck out at a “completely inflammatory” claim from France’s Europe minister Clement Beaune that the only language Britain understands is “the language of force”.

Asked on BBC Breakfast how the UK will respond if France does go ahead and block British trawlers, the Cabinet minister responded: “Two can play at that game.”

He insisted any British response would be “proportionate”, adding: “It’s always open to us to increase the enforcement we do on French vessels, to board more of them if that’s what they’re doing to our vessels – there are other administrative things we can require of vessels.”

Eustice suggested French president Emmanuel Macron, who Downing Street confirmed Boris Johnson will talk to at the margins of the G20 summit in Rome, could be whipping up a row as he faces a difficult election in April during which votes in coastal communities will be hard-fought.

The Cabinet minister told BBC Radio 4’s Today programme: “I don’t know, but there obviously is an election coming up in France, it may be that is a factor in this.”

Eustice acknowledged that France detaining the British vessel may have been a “routine operation” but has received mainstream attention because French authorities last week “said they were going to introduce all sorts of problems and make life difficult for people”.

Andrew Brown, head of public affairs for the Scottish firm Macduff Shellfish, said: “The charge relates to fishing in French waters without a licence and that’s the bone of contention.

“We believe we were fishing with a valid licence and the French authorities don’t.”

Cornelis Gert Jan was caught up in the diplomatic dispute and ordered to divert to the port of Le Havre on Wednesday after the French authorities said it was fishing in French waters without a licence.