It comes as the UK prepares for two more days of industrial action by RMT members on Thursday and Saturday. 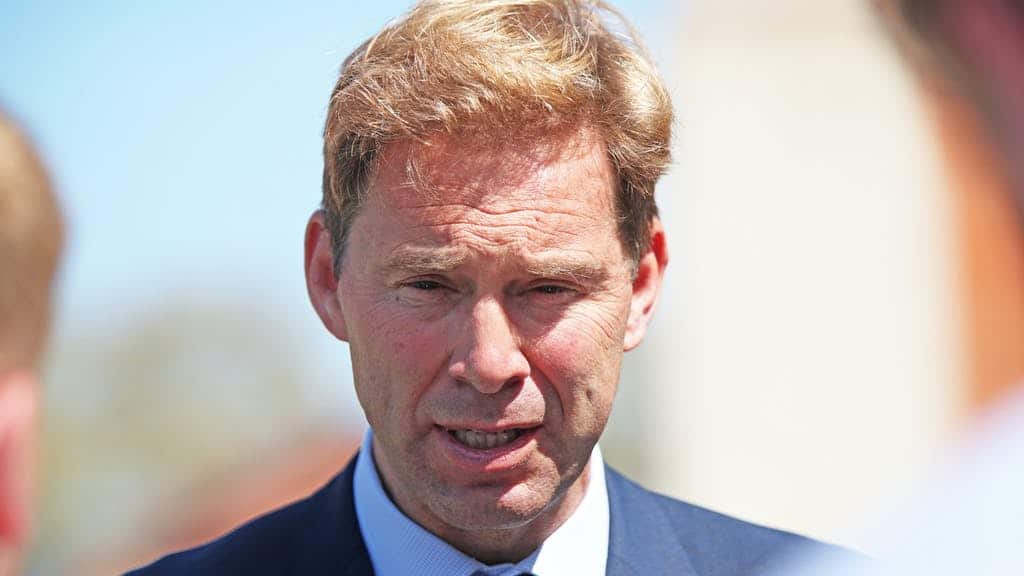 A Conservative MP has provoked outrage following bizarre comments he made in relation to rail workers out on strike.

Tobias Ellwood, the MP for Bournemouth East, called the rail unions “Putin’s friend” for going out on strike.

He made the extraordinary remark as the UK prepares for two more days of industrial action by RMT members on Thursday and Saturday.

Thousands of workers staged a walkout yesterday in a dispute over jobs, pay and conditions, bringing the country’s rail network to a halt.

Appearing on Sky News, Ellwood, who is chair of the defence select committee, said Russia would we “enjoying” the fact that the government is being distracted from the war in Ukraine.

He said: “We face huge economic headwinds yet here we are causing such huge self-harm as the country is brought to a halt.

“I think Russia must be enjoying this self-inflicted distraction, pleased to see that the one government in Europe that is actually standing up to Putin is completely distracted in this way.

“I do hope the unions now call off future planned strikes … this isn’t just disrupting commuters, including key workers, but students as well and indeed the hospitality sector.”

He added: “It’s also armed forces weekend this Saturday and that’s where we say thank you to those who serve and have served.

“I say to the unions ’please don’t be Putin’s friend – return to the talks today so we can get the country moving again.”