Daniel Kawczynski was severely criticised by a senior Conservative colleague, who said he "doesn't speak for the Tory party". 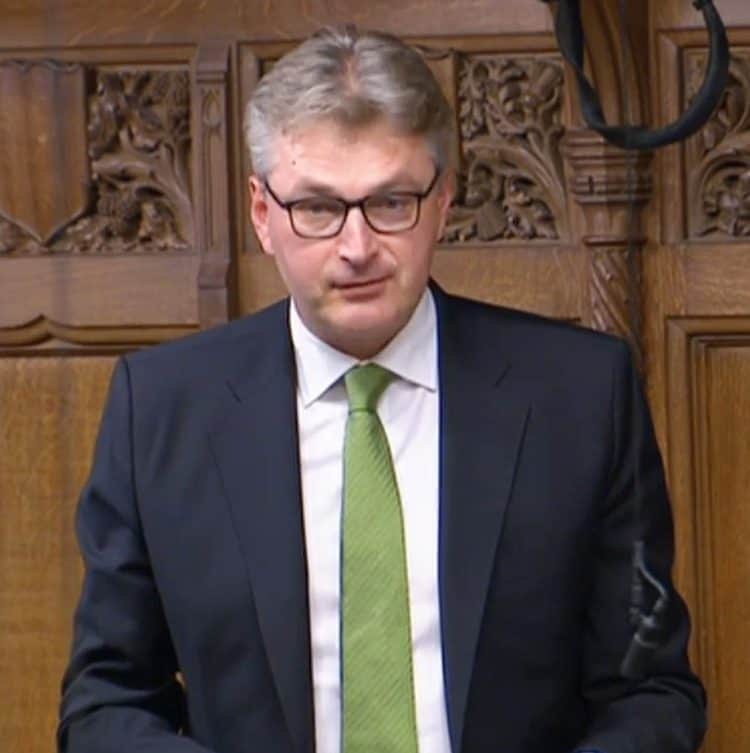 A Conservative MP has been accused by a senior colleague of spouting “utterly risible, illiterate, immoral and offensive bile” over Ukrainian refugees.

The MP for Shrewsbury and Atcham argued Britain should support Ukraine’s neighbours because “Ukrainians will need to return home to rebuild their country” when the war is over.

But Simon Hoare, the chair of the Commons Northern Ireland Committee, told Mr Kawczynski he does “not speak for the Tory party”.

In a 5.50am tweet, Mr Hoare said: “What utterly risible, illiterate, immoral and offensive bile. Haven’t you heard what @BorisJohnson has been saying?

“You do not speak for the Tory Party. I’m not sure you speak for humanity #whitehotfury.”

The online dispute came as the Tories, and Home Secretary Priti Patel in particular, come under vast pressure to improve British efforts to help those fleeing war.

Prime Minister Boris Johnson was resisting widespread calls, including from Kyiv, to drop visa requirements for Ukrainians, instead insisting security checks were needed to prevent the Russian President sending agents to the UK.

Despite more than 2.1 million people having fled Ukraine according to UN estimates, the latest figures from Downing Street say the UK has granted just 957 visas.

“When war is over Ukrainians will need to return home to rebuild their country. We should be supporting Ukrainian refugees in frontline states like Poland & Romania.”