"Their books shed light on key moments in our recent political history and present manifestos for how we should approach the future." 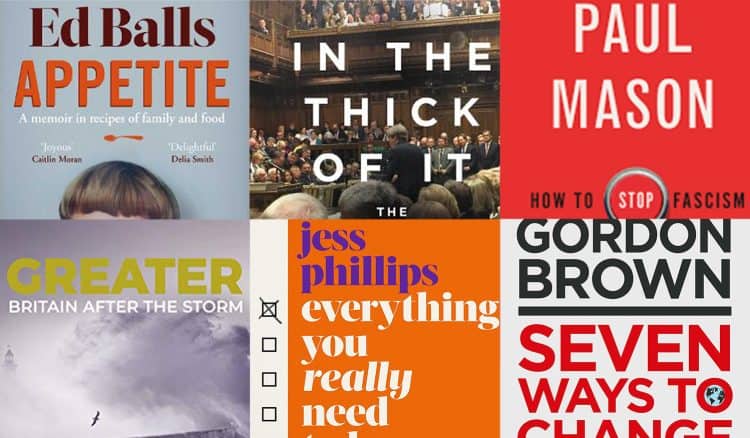 Mark Carney, Andrew Mitchell MP, Penny Mordaunt MP, and Chris Lewis have been announced as the winners of the 2021 Parliamentary Book Awards in a ceremony at the Houses of Parliament this evening, beating political figures including Gordon Brown, Jess Phillips MP, Lady Hale and Ed Balls.

Former Governor of the Bank of England Mark Carney won Best Political Book by a Non-Parliamentarian for Value(s):The Must-Read Book On How to Fix Our Politics, Economics and Values, an exploration of how social values and economic values become blurred, and what can be done to rectify this imbalance and build a better world.

Penny Mordaunt MP and Chris Lewis took home Best Non-Fiction Book by a Parliamentarian for Greater: Britain After the Storm, delving into the history and culture of Britain to understand the UK’s current political divisions, and how reforms are needed post-Brexit in order for the country to move forward.

Andrew Mitchell MP was awarded the Best Biography, Memoir or Autobiography by a Parliamentarian for Beyond a Fringe: Tales from a Reformed Establishment Lackey, in which Mitchell shares tales from his life and career in politics, from the realities of the Whips’ Office to the story behind the infamous Plebgate scandal.

Now in their sixth year, the Parliamentary Book Awards were established by the Booksellers Association and the Publishers Association to champion the best political writing in the UK and to recognise the important link between the worlds of politics and publishing.

Meryl Halls, Managing Director of the Booksellers Association, said: “We are delighted to announce the winners of this year’s Parliamentary Book Awards, three remarkable titles which demonstrate the breadth of political writing today.

“With a shortlist exploring timely issues including the legacy of imperialism, the nuances of freedom of speech, the fight against fascism, and life post-Brexit, the Parliamentary Book Awards continue to reflect the most important issues being discussed in the UK, highlighting the significant link between politics and publishing.”

Stephen Lotinga, Chief Executive of the Publishers Association, said: “Huge congratulations to this year’s brilliant winners. Their books shed light on key moments in our recent political history and present manifestos for how we should approach the future.

“We are thrilled to be able to celebrate the best political writing in the UK with authors, parliamentarians, publishers and booksellers at the House of Commons again this year.”

The award ceremony, which returned to the Houses of Parliament this year, featured speeches from the Booksellers Association Vice President Hazel Broadfoot, and Publishers Association President David Shelley, with broadcaster Matt Chorley presenting, having previously revealed the 2020 winners on his Times Radio programme.

This year’s winners were selected from a shortlist featuring books by major political figures, including Seven Ways to Change the World by Gordon Brown, Empireland: How Imperialism Has Shaped Modern Britain by Sathnam Sanghera, Everything You Need to Know About Politics: My Life as an MP by Jess Phillips, and Spider Woman: A Life by Lady Hale.