The prime minister pledged to "grow the pie" in her maiden conference speech - stood in front of a blue screen. 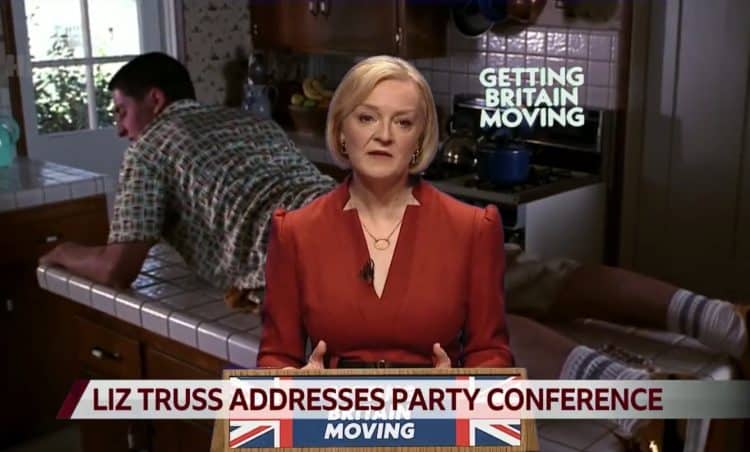 Liz Truss launched a blistering attack on what she called the “anti-growth coalition”, a group of “enemies of enterprise” in which she included the protesters who disrupted her Tory conference speech.

The Prime Minister railed against those she accused of trying to hold back her pro-growth agenda, including Labour, “militant” unions, “Brexit deniers,” Extinction Rebellion and “some of the people we had in the hall earlier”.

Downing Street did not rule out that Jamie Oliver and independent think tanks were also part of the list of enemies.

Truss was accused by some of those on the list of using her rant to obscure the real reasons for years of low growth.

As she made her speech, the pound had wiped out its gains from earlier in the day, falling in value against the US dollar.

Concerns over how that deficit will be funded also prompted the costs of government borrowing, known as gilt yields, to rise.

Ten-year gilt yields rose by nearly 4 per cent on Wednesday afternoon after Truss’s speech at the party conference.

The blue screen at the event also allowed a few mischievous individuals to work their magic with the video.

The results are pretty, ahem, spectacular.