These are the sorts of figures that would likely see a landslide Labour victory at a general election – were one to take place tomorrow. 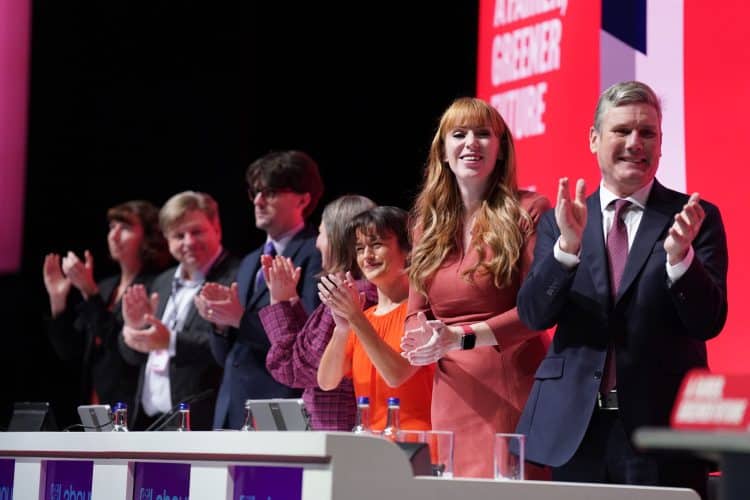 Liz Truss has brought the Conservative Party conference to a close with Labour continuing to enjoy its strongest performance in the opinion polls for more than 20 years.

The Prime Minister delivered her speech on a day that saw the Tories’ average poll rating drop to just 24 per cent, 26 percentage points behind Labour.

The last time Labour had a similarly sized lead over the Conservatives was in the summer of 2001.

A collection of polls published in the wake of Chancellor Kwasi Kwarteng’s mini-budget on September 23 have all shown Labour extending its lead over the Tories, with one polling company putting the gap at 30 points (People Polling) and another at 33 points (YouGov).

These are the sorts of figures that would likely see a landslide Labour victory at a general election – were one to take place tomorrow, and were people to vote in the same way across the country.

A separate poll carried out on October 3-4 of voters in 40 so-called ‘Red Wall’ seats – former Labour constituencies now held by the Conservatives – put Labour on 61 per cent and the Tories on 23 per cent, a 38-point lead.

This is up from a 15-point lead just before the mini-budget, according to data published by the polling company Redfield & Wilton.

The equivalent figures at the 2019 election for these 40 seats were 47 per cent for the Tories and 38 per cent for Labour.

Labour has also managed to make impressive gains in Scotland.

Savanta ComRes polling shows the party has gained an additional five per cent of the vote north of the border, mainly at the expense of the Tories and the Lib Dems.

The survey still gives the SNP a healthy lead, but should lead to Labour picking up a few extra seats in Scotland, a country which has largely deserted them over the past few general elections.