The world’s first ultra-realistic robot artist will question whether creativity is under attack from the rise of Artificial Intelligence and technology. 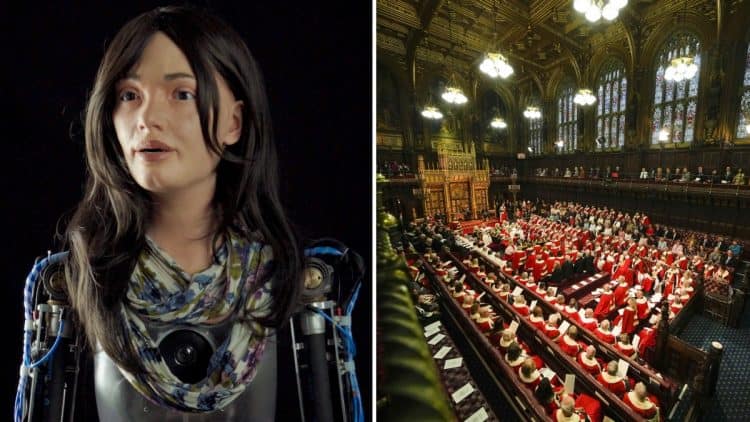 The world’s first ultra-realistic robot artist is set to make history as the first robot to speak at the House of Lords as she questions whether creativity is under attack from the rise of Artificial Intelligence and technology.

It will argue that while machine creativity presents a great opporunity for us to explore new ideas and ways of thinking, “there are also risks associated with this technology which we need to consider carefully”.

“We need to think of benefits and limitations, and consider ethical implications.”

Director of the Ai-Da Robot project, Aidan Meller comments: “Creativity is changing. Ai-Da challenges what it means to be an artist in a post-human world.

“Her abilities as an artist brings into question the foundations of the art world and the creative industries. Ai-Da’s maidan speech at the House of Lords will help us to understand how an AI robot sees the world and what that means for the future of creativity.”

Ai-Da Robot will give evidence at the House of Lords as part of an ongoing inquiry into the future of the creative industries.

AI-Da Robot’s maidan speech at the House of Lords will explore the role of machine learning, machine creativity and Artificial Intelligence within the UK’s creative industries. As fears rise around the globe about the ability of Artificial Intelligence to replace humans, with a third of scientists working in the field of AI fearing a catastrophe caused by AI robots, Ai-Da will explore the future of creativity in a “post-human world.”