Liz Truss will seek to stress the UK’s role in European matters – including Ukraine – despite leaving the EU. 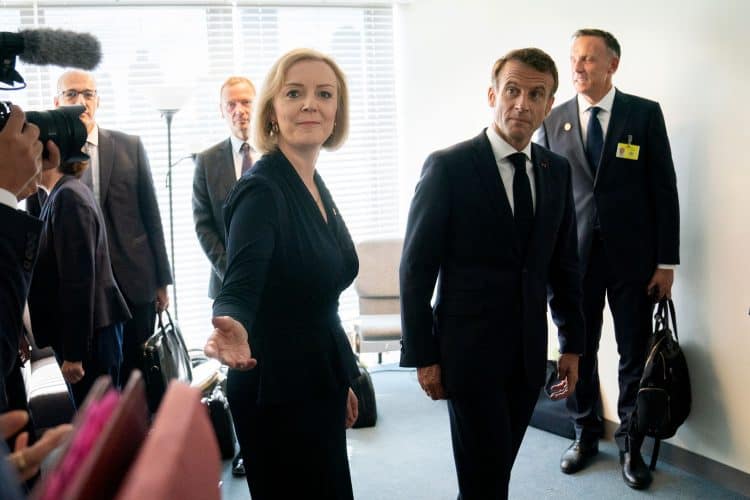 Liz Truss will urge unity from European leaders to “address the fundamental causes” of energy and migration challenges after days of dealing with splits within her Government.

The Prime Minister will attend a summit of European leaders in Prague on Thursday, with French president Emmanuel Macron among those she is expected to meet.

Ms Truss travels to the Czech Republic for the meeting of the European Political Community after a difficult Conservative Party conference dominated by internal division and backbench opposition to some of her key policies.

She is expected to meet the French premier for a bilateral meeting, after holding talks with him during a UN summit in New York last month.

No 10 adds the Prime Minister will also encourage countries to act quicker to end Europe’s reliance on Russian energy supplies in light of its renewed invasion of Ukraine.

Ms Truss is expected to tell the opening plenary session in Prague: “Europe is facing its biggest crisis since the Second World War. And we have faced it together with unity and resolve.

“We must continue to stand firm – to ensure that Ukraine wins this war, but also to deal with the strategic challenges that it has exposed.”

Ms Truss will seek to stress the UK’s role in European matters – including Ukraine – despite leaving the EU, Downing Street said.

The Prime Minister will say: “The threat was left to fester for far too long. Now, at last, we are tackling Putin’s aggression head on.

“And we should take the same approach with other challenges before us – including longstanding regional issues like energy and migration.

“Instead of the old approach which merely dealt with the symptoms, it’s time to address the fundamental causes.”

As foreign secretary she was a sceptic of the planned summit, so her decision to attend has caused some surprise.

Related: Tories learn why you don’t stand in front of a blue screen the hard way