A Tory strategist told the FT that Southgate's essay on patriotism was "suspiciously well-written". 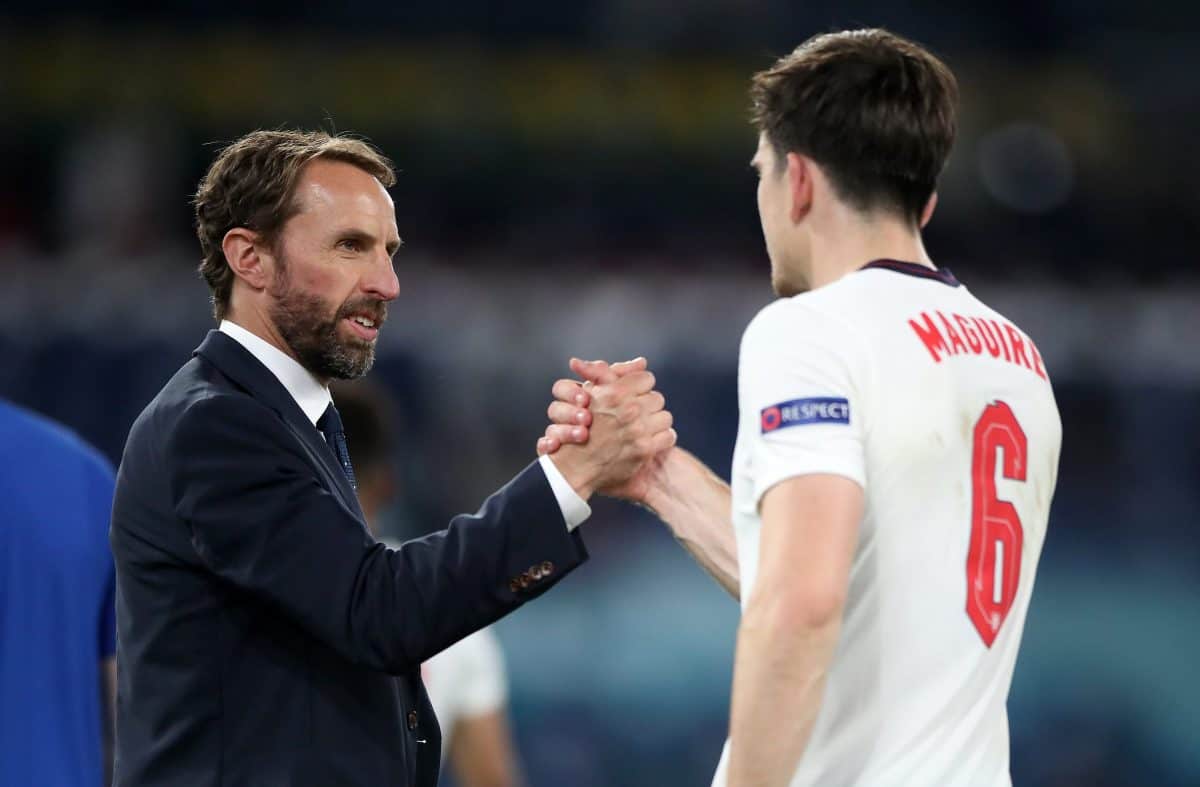 Senior Conservatives reportedly believe that Gareth Southgate is becoming “a tool of deep Woke”, with one Tory strategist voicing concerns that the England manager’s much-praised essay on patriotism was “suspiciously well-written”.

In a column for the Financial Times, commentator Gideon Rachman asked whether Southgate would be able to deliver both victory on the field and “progressive patriotism”, speculating that the England boss was a Remainer.

Noting that Keir Starmer, the England manager, had retweeted Southgate’s essay on patriotism – and why he supported his team’s decision to take a knee before games – Rachman suggested that “Conservatives and Johnson supporters are less ecstatic”.

He added: “Some seem to believe that Southgate is becoming a tool of deep Woke — with one Tory strategist telling me that the England manager’s patriotism essay was “suspiciously well-written”.”

The comments were quickly ridiculed on social media, with Jolyon Maugham QC speculating that “deep Woke” is best understood as a synonym for “innate decency”.

Just try and comprehend how utterly addled with Spectator brainworms you have to be to seriously consider the prospect of the England football manager being a propagator of something called 'deep Woke' https://t.co/z0tfV62lDg

The bizarre remarks come hot on the heels of Republican pollster Frank Luntz suggesting that politicians look to Southgate as an example on how to deal with sensitive culture war issues.

Luntz praised the England manager’s defence of his team taking the knee before games in a report on political communication.

‘Immediate general election’ to be considered for debate in parliament

“He defines leadership,” Luntz said. “If a politician comes to me and say, what should I say, I tell them: be more like Gareth Southgate. He endorsed a common approach that people appreciated. That’s the definition of unity.”

Calling Southgate’s patriotism essay “one of the best editorials I’ve ever read”, Luntz said they key was in people believing actions were taken sincerely – not for “performative” reasons.

“He wanted to speak in favour of something and not against it,” Luntz said. “And that is a great way to bring people together.”

Drawing a contrast with Sir Keir Starmer’s circulation of a photograph of himself taking the knee in response to Black Lives Matter protests last summer, he added: “It’s something politicians don’t understand – it’s what you are for, not what you are against.”