In Nov 2019 Tony Blair branded the Tory plan to deliver Brexit a “fantasy” and said he would not trust Boris Johnson with a blank cheque. 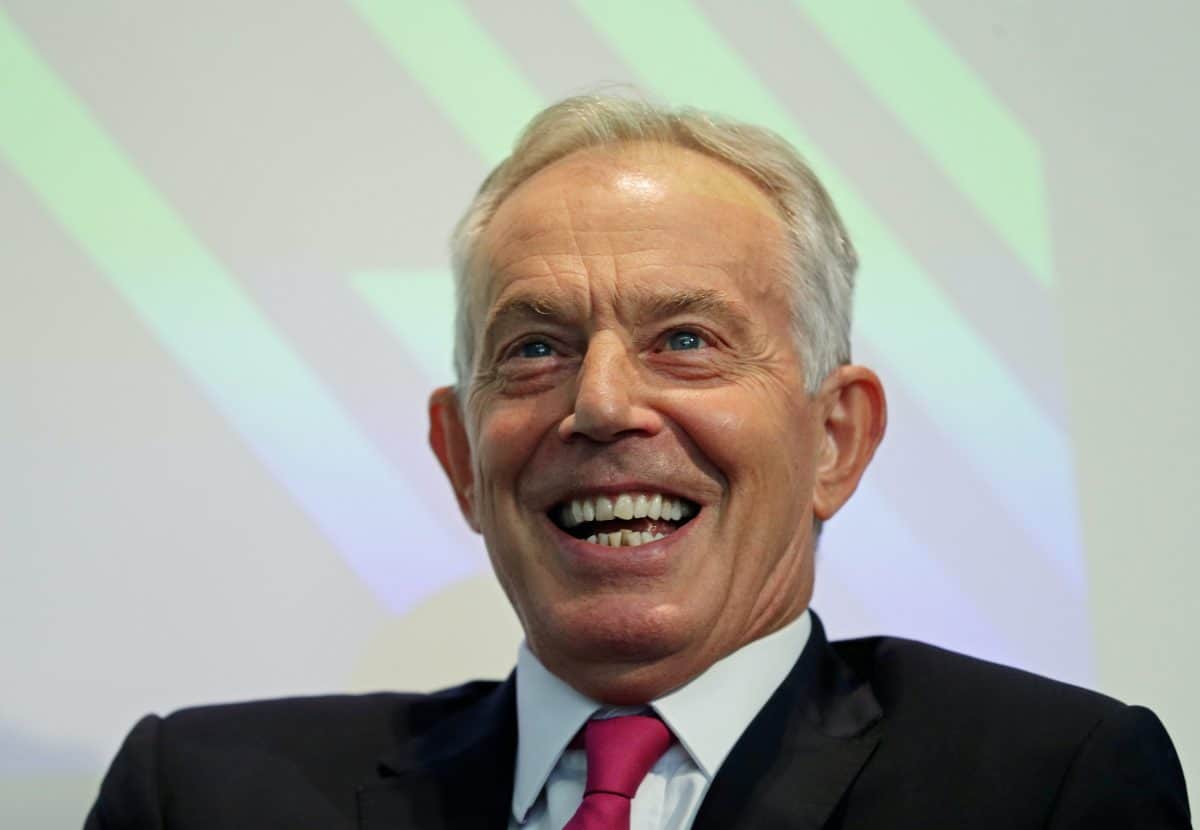 The entire country must be placed under a Covid-19 vaccination programme, according to Tony Blair. He also admitted he would have backed Boris Johnson’s Brexit deal in the House of Commons

Mr Blair made the call as he urged ministers to change the UK’s strategy completely in tackling the virus.

Speaking on Times Radio, the former prime minister insisted that a goal should be set to increase vaccinations to five million per week.

It comes as a new document, ‘A Plan for Vaccine Acceleration’, is published by the Tony Blair Institute

He told Times Radio: “Because of this new variant, we need to change our strategy completely in my view.

“Not only Pfizer and AstraZeneca but possibly with the new Johnson & Johnson vaccine as well coming on stream.

“We should be aiming to get up to three, four, five million a week.

“We need to get the entire country under a vaccination programme very, very fast because right now as a result of this new variant, we’ve got a choice between severe lockdown or vaccination.

“But there isn’t another choice.”

Mr Blair also explained that until vaccination is “done at scale” across the population, then the UK will remain in a severe lockdown.

He said: “If I was the prime minister right now I would be saying to the team in Downing Street, ‘I need you to give me a plan to get this up to five million (vaccinations) a week’.

“Provided we’ve got the vaccine available and we should have them available. I mean AstraZeneca will, not this week or next week but the week after, be able to get up to two million doses a week, that’s just AstraZeneca.

“They could probably do more if they knew that the system was capable of absorbing the amount of vaccines that they would produce.

“And then, as I say, you should get clearance for the Johnson & Johnson vaccine at the end of January, that’s when they complete their trials and then we should be able to get that on stream as well in February.

“So if we really, really decide to do this, I think we could – and the alternative is we just carry on with this lockdown and you’ve seen the problems we’ve got into over schools but just multiply that right across the country for workplaces, for every type of activity that we do.

“It’s pretty obvious now that until we get vaccination done at scale and not just with elderly people but right through the population, then we’re in a severe lockdown with all the damage that does.”

On the return of primary schools across England, Mr Blair said that unless there is a “step-change” in the vaccination programme, it would be difficult to see how schools would remain open.

Boris Johnson earlier insisted that schools are safe for pupils to return to.

“So for all of those reasons, it just emphasises yet again why it’s so important to get vaccination under way.

“Otherwise you’re going to be day-by-day and week-by-week facing a very, very difficult choice as to whether you do more school closures and therefore deprive more children of educational opportunity or whether you leave the schools open but run the risk that the disease keeps spreading.”

Mr Blair added: “Unless there’s a step-change of a radical nature in the vaccination programme, it’s very difficult to see how you’re going to keep schools open.”

The comments came as Labour former prime minister Tony Blair said that decisions for Britain have always rested with the British people, as he compared Brexit to “shock therapy”.

This morning he revealed he would have joined Labour leader Keir Starmer in voting ‘tactically’ for the government’s trade agreement if he was still an MP.

Asked if he would have voted for the deal in the Commons he told Times Radio on Sunday: “I would have backed the leader [Keir Starmer] on this. I mean, look, it’s a tactical question for the Labour party because the problem is … it’s open to your opponents to say that if you don’t back the deal, then you’re voting for no-deal.”

He added: “I don’t think it particularly matters to the Labour party either way. I think what does matter is that we’re still in a position where we’re pointing out what the problems with this deal are.”

On the subject of Brexit he also said: “There is nothing that Brexit’s going to do for Britain on its own. It’s going to leave us economically weaker and with less political influence.

“And so the only way I make sense of Brexit is to treat it as shock therapy, that we then realise we’ve got to take certain big decisions as a country, we’ve got to set out a new agenda for the future, but that’s going to be difficult to do.

“The truth of the matter is these so-called freedoms from European regulation that Brexit’s supposed to give us, they don’t really give us anything much at all.

“But what it does mean, if we just carry on having the same old political debate post-Brexit as we had pre-Brexit, we’re in a lot of trouble as a country.”