A video created in collaboration with the Good Law Project was projected onto Parliament last night. 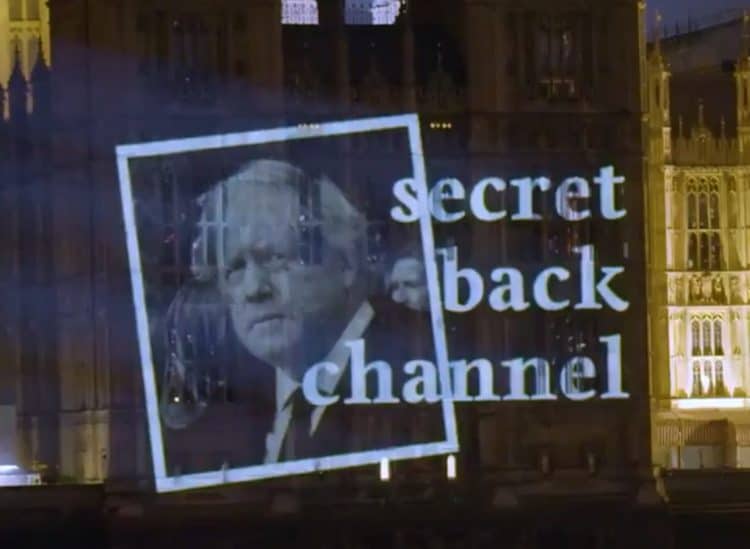 Led by Donkeys has teamed up with the Good Law Project to urge the government to come clean about the ‘secret back-channel’ set up during the Covid-19 pandemic.

A video projected onto the walls of the Houses of Parliament has been making the rounds on social media today and has been dubbed the “story everyone should hear”.

It exposes a “secret back-channel” set up to allow “friends of the Conservative Party and other politically connected suppliers to secure billions of pounds of PPE contracts – all while NHS staff were struggling on the front line”.

The video has been released as health minister Lord Bethell comes under scrutiny over his use of private communications channels for official government business.

An inquiry will now look into the use of private communications channels by ministers and officials at the Department of Health and Social Care, and will cover WhatsApp and other phone messaging apps.

It comes after it emerged Lord Bethell had recently replaced his mobile phone and that data on the old one may no longer be retrievable.

Government lawyers said the old phone had been “broken” six months ago and that data held on it was not contained on the replacement.

? This is a story that everyone in the country should hear.