Divisions are emerging in the Conservatives after the Chancellor’s mini-budget prompted turmoil in the markets and talk of a financial crisis. 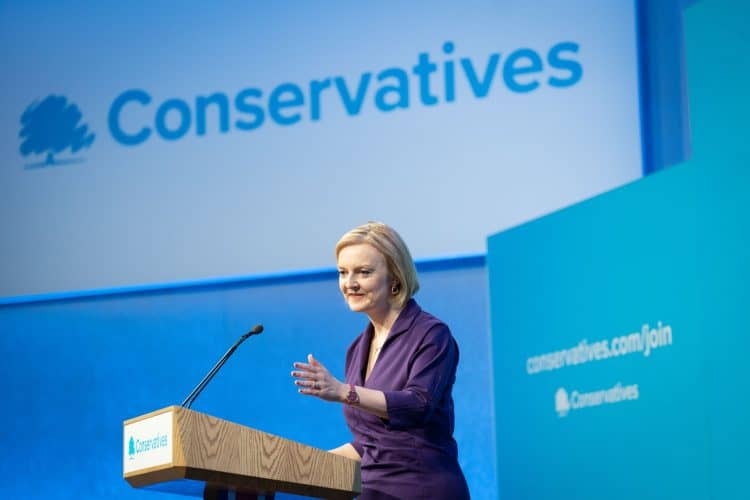 Divisions are emerging in the Conservatives, after the Chancellor’s mini-budget prompted turmoil in the markets and talk of a financial crisis.

With Liz Truss only a few weeks in office, the mood in the party once again appears divided as some MPs hit out at the tax-cutting plans announced on Friday by Kwasi Kwarteng, with one prominent backbencher calling his party leader’s plan “inept madness”.

It comes as the Bank of England was forced to launched an emergency bond-buying programme to prevent borrowing costs from spiralling out of control and to stave off a “material risk to UK financial stability”.

The International Monetary Fund, in a highly unusual move, has already flagged serious concerns about the mini-budget.

The crisis has prompted Labour and other opposition parties to call for a recall of Parliament, so MPs can hear from the Chancellor about his plans to restore market confidence.

There were signs on Wednesday of outright worry within the party, with MPs – some of whom backed Rishi Sunak in the leadership contest – making public their own unhappiness with the political and economic chaos of recent days.

Mel Stride, Conservative chairman of the Commons Treasury Committee, warned “there’s a lot of concern within the parliamentary party, there’s no doubt about that”.

He told Sky News: “I don’t want to speculate on the future of the Chancellor other than to say that I think where the party should be at the moment is really uniting at a time of economic crisis.

“The last thing we want now is a political crisis to compound that, and I think really focus on this issue of growth.”

“This inept madness cannot go on”

Simon Hoare, the chair of the Northern Ireland Select Committee, cited the former Conservative chancellor Norman Lamont during the sterling crisis of 1992 as he tweeted: “These are not circumstances beyond the control of Govt/Treasury. They were authored there. This inept madness cannot go on.”

Tory MP Robert Largan also came out to label as a “mistake” the decision to cut the top income tax rate when “the Government’s fiscal room for manoeuvre is so limited”.

The High Peak MP tweeted: “This is a deeply worrying time. Elected officials need to be honest about the choices we face & Government needs to take a pragmatic, fiscally responsible approach on the short-term support needed for people & long-term strategic thinking to ensure our energy security.”

Unease has been brewing in wider Conservative circles too.

Nick Timothy, who was chief of staff to former PM Theresa May, attacked the the Government’s plan.

“This is not conservatism,” he tweeted.

“And it is not what conservatives do. Ideology and unnecessary risks with market confidence are supposed to be what the other side does. We do need a different plan – but this is a disaster that should never have happened.”

Nonetheless, some defenders of the Prime Minister have been vocal, with one Conservative peer suggesting that the crisis in the markets was driven by concerns over the possibility of a Labour government.

Daniel Hannan, one of the key Conservative voices behind the push to leave the EU, wrote an article for the ConservativeHome website playing down market concerns about the £45 billion package of tax cuts announced by Mr Kwarteng.

In the piece, which was published on Wednesday and immediately mocked online, Lord Hannan wrote: “What we have seen since Friday is partly a market adjustment to the increased probability that Sir Keir Starmer will win in 2024 or 2025 – leading to higher taxes, higher spending, and a weaker economy.”

He suggested the reaction to the mini-budget was driven by “motivated reasoning”.

“Some pundits don’t like Truss, others have never forgiven the Tories for Brexit, yet others are horrified by the idea that growth, rather than equality, should be the Government’s priority.

“Fair enough. But let’s be clear-headed about what is happening.”

Lord Hannan downplayed the significance of the tax cuts in historical terms.

“To blame these tiny tax reductions for the fall in the pound is akin to a fly alighting on an exhausted shire horse as it lies down to sleep, and telling itself that it wrestled the mighty beast to the ground.”

The article was praised by Lord Frost, the former Brexit negotiator, who called it an “excellent piece”.

However, many mocked the article online and rubbished the peer’s analysis.

Elsewhere, Julian Smith, a Tory MP and former cabinet minister, reacted strongly to comments by Lord Frost dismissing the concerns of the IMF.