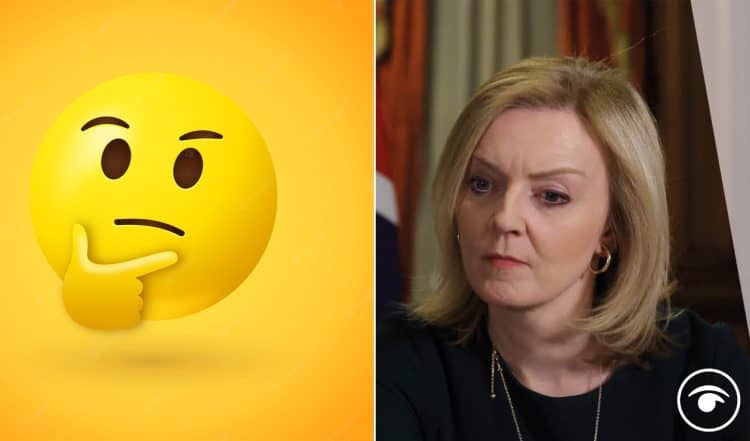 Green groups and campaigners including Chris Packham have written to the BBC to criticise “irresponsible” coverage of climate change during the Tory leadership debate.

Leadership hopefuls Rishi Sunak and Liz Truss were asked what three things should people change in their lives to help tackle climate change faster, in the televised debate which spent little time on the subject on Monday night.

Organisations and individuals including Greenpeace UK, WWF, Christian Aid, the Climate Coalition and naturalist and TV presenter Packham have signed the letter to the BBC complaining it is “unacceptable” to frame the climate crisis as an issue solely for individuals, not for Government, to tackle.

That is probably a bit too existential for today.

But the joke answer to the question stems from this picture shared by the FCD.

Liz is deep, so deep in thought.

So what on earth do social media users think she is pondering in the snap?

Or this grim remark…