"Johnson’s letter to Parliament about his Lebedev meeting in Italy in 2018 lacks any credibility. Do he and his advisors think we’re idiots?" 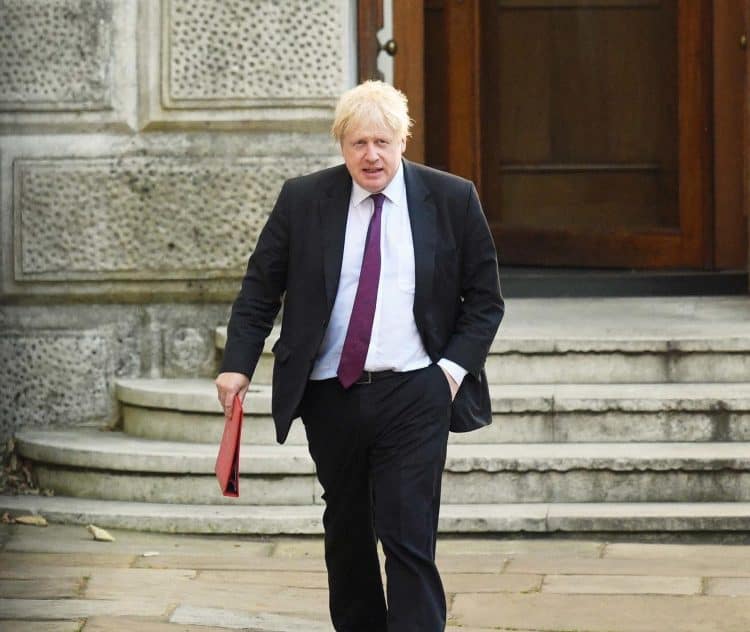 Boris Johnson has denied his meeting with ex-KGB officer Alexander Lebedev after the Salisbury poisoning scandal was pre-arranged or involved discussions about Government business.

It has taken a long time to get to this explanation from Johnson, as you can see from this video shared by MP for Halifax and Shadow Security Minister Holly Lynch.

The Prime Minister said officials were aware in advance he was attending an event at the house of the Russian oligarch’s son, Evgeny Lebedev, in Italy.

But Mr Johnson, who was then foreign secretary, added it would “not have been normal practice” for civil servants or security staff to have accompanied him to a “private, social occasion”.

He also noted he took no ministerial papers with him, adding: “As far as I am aware, no Government business was discussed.”

His remarks came in a letter to the Commons Liaison Committee in which he expanded upon his previous admission that he met Alexander Lebedev without officials present in 2018.

Mr Johnson has been under mounting pressure to explain the nature of the meeting, which happened straight after a Nato summit on how to respond to the Kremlin, and whether it was properly disclosed.

The scrutiny also comes amid an investigation by the Commons Intelligence and Security Committee over the appointment to the House of Lords of Evgeny Lebedev, the owner of the London Evening Standard and a shareholder in The Independent.

The appointment has been shrouded in controversy after The Sunday Times alleged security services withdrew an assessment that the peerage posed a national security risk after the Prime Minister intervened.

Explanation in his own words

Mr Johnson said: “In April 2018, I attended a social event at the house of Evgeny Lebedev in Italy.

“In the interests of transparency, I declared the overnight stay in the ministerial returns which can be found on gov.uk.

“At this social event, I also met Evgeny Lebedev’s father.

“This was not a formal meeting, nor something that was pre-arranged.

“Officials were aware in advance that I was attending the social event.

“Contrary to some reports, my visit was in line with established security protocols under successive foreign secretaries.

“It would not have been normal practice for civil servants or security staff to have accompanied me to such a private, social occasion.

“I did not take ministerial papers with me.

“If a minister meets an external organisation or individual and finds themselves discussing official business without an official present, for example at a social occasion, any significant content should be passed back to the department after the event.

“That was not necessary in this case.

“As far as I am aware, no Government business was discussed.

“At the time, the Lebedevs’ company owned the Evening Standard and the Independent, and the London Live television company.

“Its ownership of and participation in British newspaper publishing was not disputed.”

Mr Johnson used the rest of his written reply to defend his response to the Salisbury poisonings and to highlight actions taken against Russia.

He added “historic returns” up to 2016 from Labour about their meetings with senior media executives showed “considerable engagement by the shadow cabinet with Evgeny Lebedev and attendance at his social events”.

This seems to have opened pandora’s box rather than putting a pin in the scandal:

Related: It seems as if Sunak – like Johnson – is a fan of the U-turn