"He’s only forty-two, which probably means he will serve well into his forty-two-and-a-halves.” 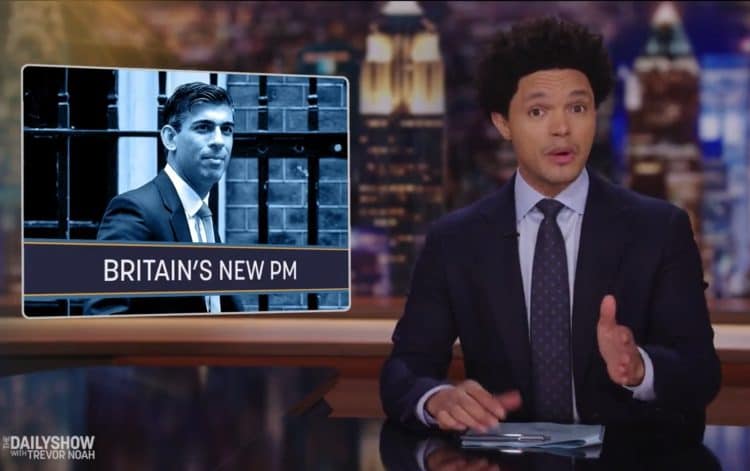 The Daily Show has ruthlessly trolled Rishi Sunak after he was appointed the UK’s third prime minister in just a few months.

The Richmond MP replaced Liz Truss after she managed to last 44 days in the job.

He immediately set to work replacing most of her cabinet in a reshuffle aimed at bringing some political stability to the UK.

The last few weeks have seen the country become a laughing stock on the international stage.

Discussing the latest news, Trevor Noah pointed out that at 42, Sunak becomes the youngest prime minister in modern history.

“Which probably means he will serve well into his forty-two-and-a-halves”, he said.