She had been forced out for breaking code in dying days of the Liz Truss government. 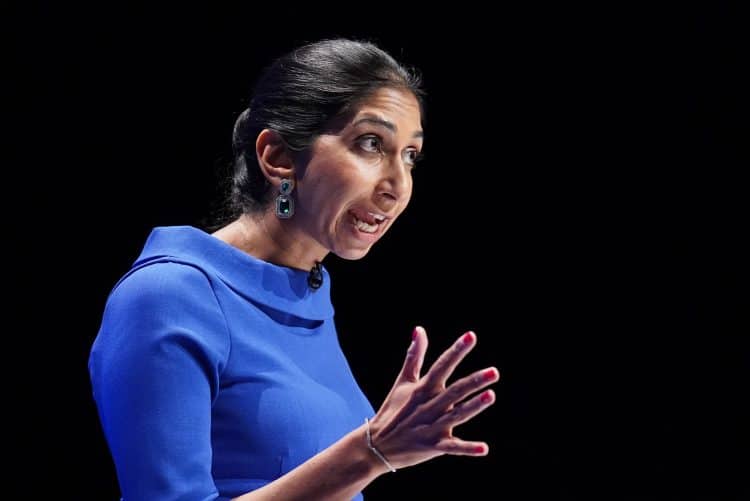 Rishi Sunak has named Suella Braverman as home secretary in his most controversial cabinet appointment yet.

Braverman was forced to resign as home secretary only six days ago over a security breach, amid the chaos of the final hours of the Liz Truss government.

The controversial right-winger admitted she had made a “technical infringement” of the rules by sending an official document from a personal email and had taken “responsibility”.

She had infuriated Indian officials earlier in her tenure by raising concerns over immigration, which reportedly scuppered the free trade deal that was meant to be signed by Diwali on October 24th – the day Sunak was appointed PM.

Elsewhere, Jeremy Hunt remained as chancellor, a move certain to reassure the financial markets and ensure some continuity.

James Cleverly was kept as foreign secretary, while Dominic Raab took up his previous roles as justice secretary and deputy prime minister.

Oliver Dowden was named as Chancellor of the Duchy of Lancaster, running the Cabinet Office, while Nadhim Zahawi becomes Tory chair and minister without portfolio.