Maybe - just maybe - a statue of the Iron Lady wasn't the best idea? 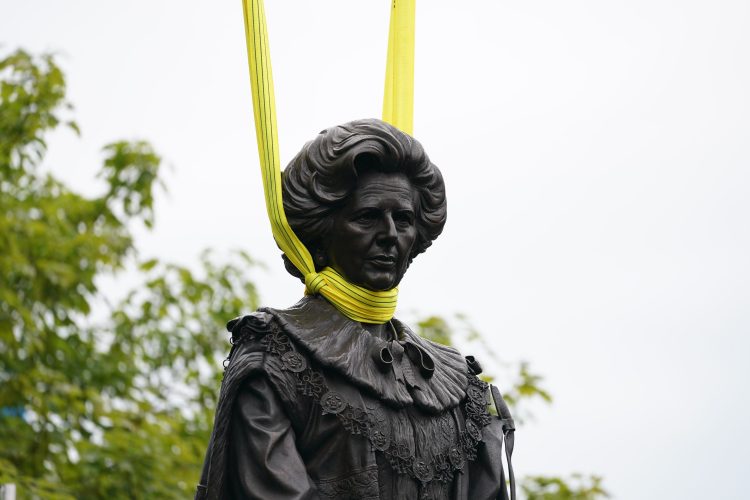 The statue of Margaret Thatcher in her home town of Grantham has been vandalised for the second time since it was unveiled just two weeks ago.

Red paint was sprayed on the £300,000 sculpture in the Lincolnshire town – and a hammer and sickle painted on the fencing surrounding it.

Lincolnshire police said on Sunday: “Just before 11.15pm [on Saturday] we received reports of a person shown on CCTV acting suspiciously near the site. Officers attended and found graffiti had been spray-painted on to the barriers surrounding the statue. No damage was thought to have been caused to the statue itself.

“This is being treated as criminal damage and an inquiry is ongoing.”

It is the second bout of vandalism since the statue was unveiled on 15 May. Two weeks ago, a video showed a man – later identified as 59-year-old arts director Jeremy Webster – egging it.

Webster – deputy director at the University of Leicester’s Attenborough Arts Centre – had previously issued a “call to arms” on social media.

The university said it “does not condone defacement” after the incident and said the matter was being addressed in line with its procedures.

Three eggs were thrown at the monument with a cry of “oi” heard after one hit its target.

The Thatcher statue was initially intended for Parliament Square in Westminster, but the site was later shifted to Grantham over concerns about “far-left movement . . . who may be committed to public activism”.

When plans were announced for an unveiling of the statue, a Facebook group was established proposing an “egg-throwing contest” – garnering 13,000 posts expressing support.

Before planning permission was given to the statue, the only marking of Baroness Thatcher in the town was a plaque on the corner of North Parade and Broad Street to show where she was born.